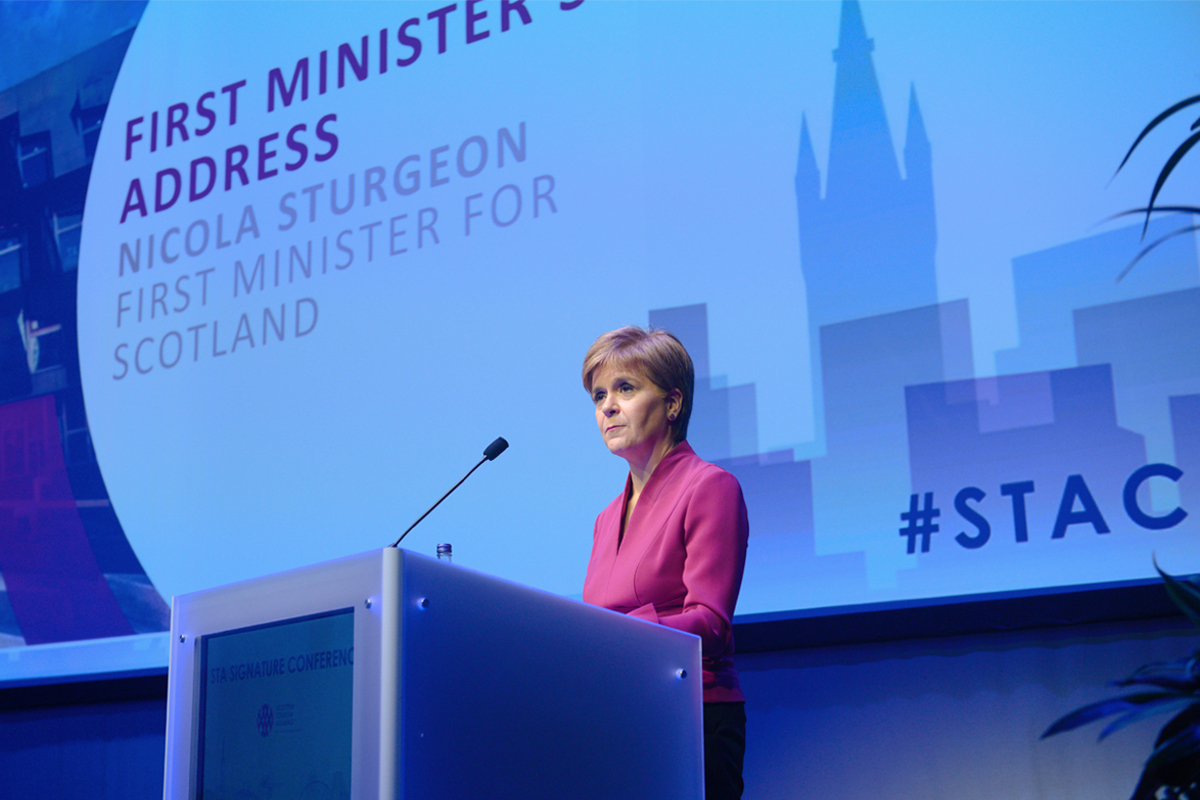 NICOLA Sturgeon has said that the access to overseas workers will be a “key issue” for Scotland in the coming years and pledged to work with the industry to help mitigate potential skills shortages.

Speaking at the Scottish Tourism Alliance Signature Conference in Glasgow today (March 4), the first minister said it is “impossible to overstate the importance of tourism to Scotland”, with the industry employing 200,000 people and contributing £7 billion to the economy. And she said one of the factors in the success of the industry has been migration.

“This industry, like others, has benefited from the talent, the dedication and the hard work of people who have chosen to come and work in Scotland from countries in Europe and around the world,” said Sturgeon.

“There is no doubt that Brexit, and all that comes with Brexit, poses a challenge to that in the future. The end of freedom of movement will inevitably make it harder for people to come here and to settle here, and of course the UK Government’s immigration plans for a more restrictive immigration system will make that challenge much worse.”

Referring to the Westminster description of migrant workers as “low-skilled”, Sturgeon said the label was “not an appropriate term”.

“In fact I think it borders on being quite an offensive term,” she said.

“Because we are talking here about people who perform essential roles in our country in sectors like health and social care, agriculture and, of course, tourism.”

Sturgeon said the Scottish Government has pledged to fund 3000 modern apprenticeships in tourism, has increased skills development funding and will continue to lobby for the creation of a ‘Scottish Visa’ which would make it easier for Scottish businesses to recruit workers from overseas.

The tourism conference saw the launch of the Scotland Outlook 2030 tourism strategy, which outlines the key ambitions for the industry over the next decade, as well as the challenges facing it. The strategy is split into four main areas: Our passionate people; Our thriving places; Our diverse businesses; and Our memorable experiences. There are specific goals for each area. The overall aim is for Scotland to become the world leader in tourism within the next ten years.

The strategy is backed by a £5.5 million fund from the Scottish Government and VisitScotland.