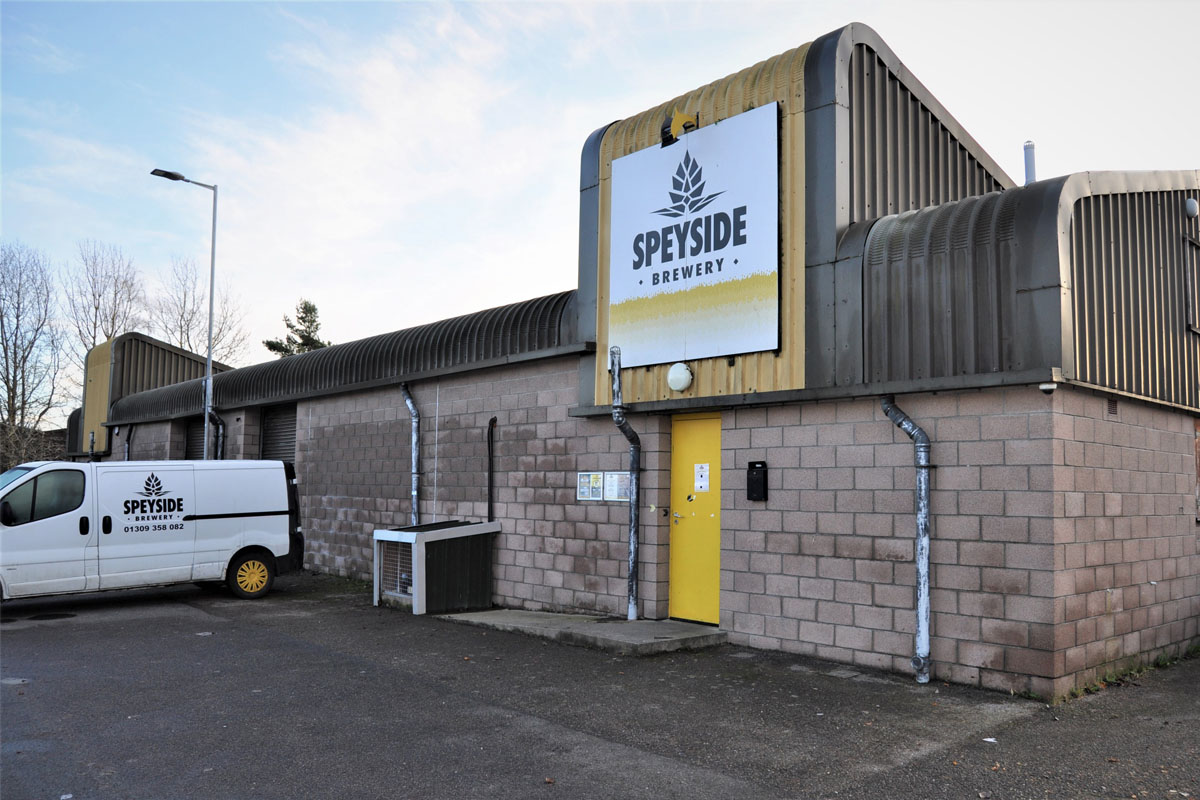 AN award-winning beer business in the heart of malt whisky territory is up for sale.

Speyside Brewery in Forres has been put on the market by managing director Seb Jones, who set up the brewery eight years ago and is now working on a new project outwith the licensed trade.

Since opening in 2012, Speyside Brewery has established a range of beers, including Bottle Nose, a 4.1% ABV amber beer – 5p from each litre of Bottle Nose sold goes to the Whale and Dolphin Society to help support the Bottlenose dolphins which swim in the Moray Firth; Bow Fiddle, a 3.8% blonde beer; 4% ABV stout Dark Sky; 5.5% Moray IPA; Randolph’s Leap, a 4.9% ABV lager; and 4.9% New England IPA, Tropical Forres. In 2017, Speyside Brewery collaborated with Glenfiddich Distillery on its Glenfiddich IPA Experiment.

Speyside Brewery MD Seb Jones said he is proud to have established what was said to be the first craft brewery in the area in over a decade.

“We have blazed a trail in Moray Speyside, and I’m proud to see so many others follow suit and provide beer lovers with a far greater choice than before,” he said.

“I’m optimistic that the brewery will be taken on as a going concern, but we will see what emerges. We’re open to offers.

“The brand is well established and ready to be taken to the next level. After all, Speyside is an international brand seen in every airport duty-free outlet, so the potential for expansion into these markets is huge.

“I’m hugely grateful for all the support we’ve had since we opened from local, national and international beer lovers.

“I think we’ve helped put Forres and Moray Speyside on the beer map of Scotland, and I’ll take that achievement as a real positive from the last eight years.”