GIN has thrown off its stereotype as a spirit for a “niche few” and now stands to become the biggest spirits category in the UK next year, according to the William Grant & Sons Trending 2020 report.

Spurred by a change in perception, innovation and an explosion in new flavours, the category grew by 63% in value terms in Scotland (45.4% in the UK) and, if growth rates are sustained, gin will overtake vodka as the country’s biggest spirit in 2020, the report claimed.

Flavoured variants are now the greatest growth driver in the category; the report cited Gordon’s Premium Pink overtaking Gordon’s Original to become the top gin in the UK market in value terms with sales of £145 million as evidence of flavoured gin’s success.

William Grant & Sons has moved to capitalise on the trend this year with the launch of premium flavoured gin Verano, which is available in watermelon and lemon-flavoured variants.

With typically younger drinkers choosing flavoured gin, the challenge now for gin producers is retaining these consumers through new flavours and innovations – data firm Nielsen has identified orange as the fastest growing flavour profile, with growth of 1800%.

Another aspect at the heart of the category’s expansion has been the rise of premiumisation.
Premium gin was revealed to have grown by 47.6% in value terms in the UK over the last year, with premium variants accounting for 367 of the 402 new gin brands on the market since May 2016.

The report stated that focusing on craft and higher end gins would encourage customers in pubs and bars to trade up and increase their spend in outlets alongside a wider array of mixers.

Despite increasing competition, William Grant & Sons’ premium gin brand Hendrick’s has maintained double digit growth of 15%, driven by its popularity in the on-trade and the launch of its Midsummer Solstice variant.

New occasions for gin consumption are also said to be behind the burgeoning category, according to the Trending 2020 Report.

With consumers looking for new social occasions to enjoy, giving rise to the aperitif (early evening) moment, which has acted as a catalyst for more refreshing G&T spritz-style serves in bars as well as increasing the opportunity for gin-based cocktails.

Going forward, with the category still growing at a strong rate, innovation is expected to play a crucial role in the continued strength of the spirit. 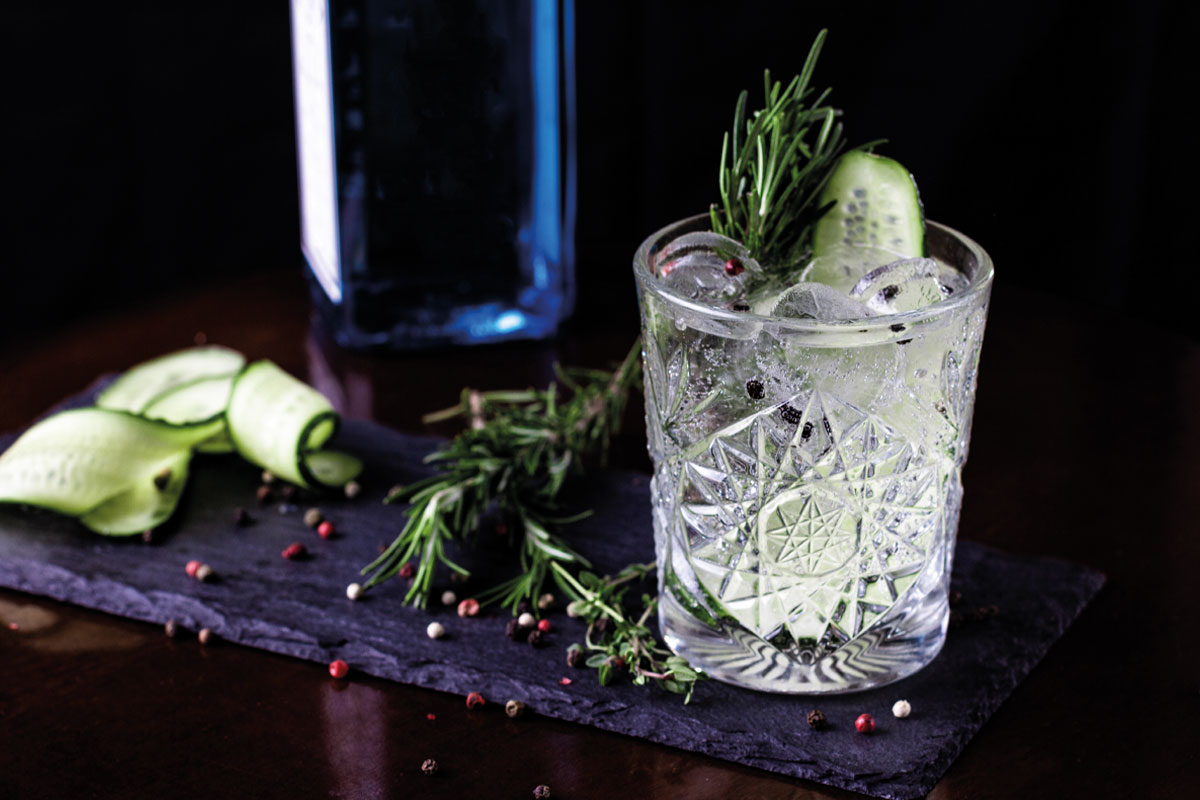 Ascendency: the numbers at a glance

63%
The value growth of gin in Scotland in the last year.

£2.4 billion
The value of the UK gin category.