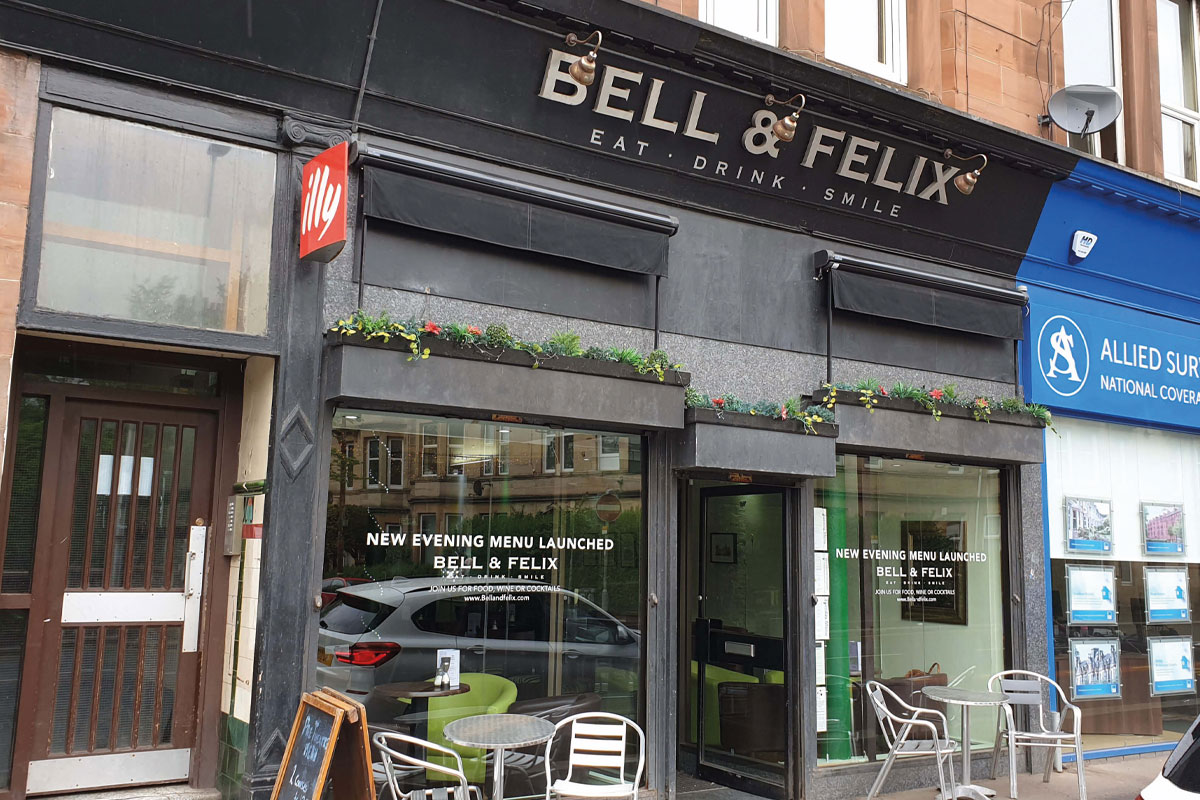 A BISTRO on Glasgow’s south side is due to be refurbished and reopened as The Dapper Mongoose after it changed hands in an off-market deal brokered by property firm Smith & Clough.

Bell & Felix, on Kilmarnock Road in Shawlands, was established by its previous owners approximately five years ago; they converted the unit, which previously housed a bike shop, into a restaurant.

The lease to the eatery has been taken on by independent operator Andrew Logan and is said to represent his first solo venture. He plans to undertake “a high quality and elegant makeover” of the unit, which will serve “ethically-sourced, high quality fresh produce”, according to selling agent Smith & Clough.

Situated near other pubs and restaurants, as well as Pollokshaws East train station, the 40-cover bistro is said to benefit from “a prominent trading position” and is “designed and fitted to a high standard”.

Commenting on the sale, Smith & Clough’s Jonathan Clough said: “The south side of Glasgow is still an attractive destination for operators, and we have been involved in a number of recent deals – including the former Zeno restaurant which is now home to the latest Six by Nico, on Nithsdale Road, which highlights the quality of operator coming to the area.

“The Dapper Mongoose will be a welcome addition to the south side dining scene, and we would like to wish Andrew all the best with his new venture.”
The leasehold was sold from an asking price of offers over £30,000; the final sale price was not disclosed.