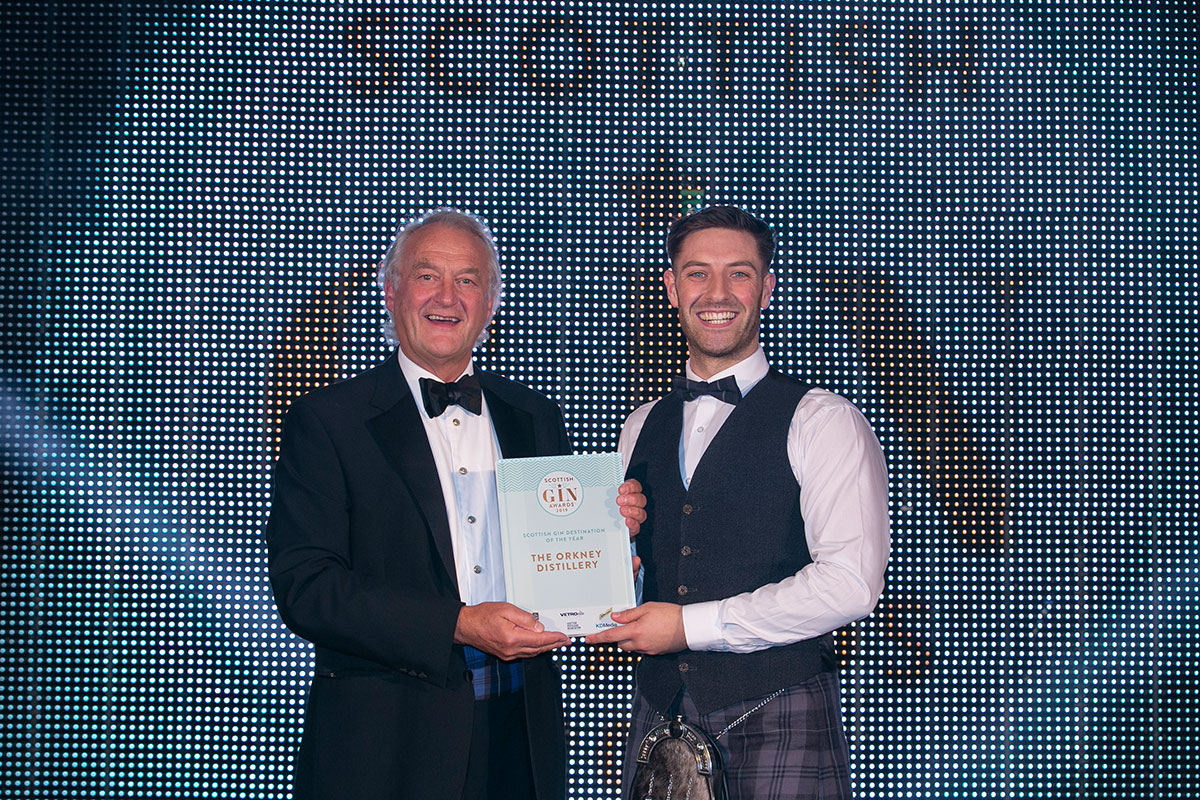 DISTILLERS from across Scotland were celebrating in Glasgow last night (October 10) after picking up trophies at the third annual Scottish Gin Awards.

This year the awards, which celebrate excellence within the country’s gin industry, saw 173 gins blind tasted by 30 experts before 117 different expressions advanced to the finals.

And the producer of Rock Rose Gin, Caithness-based Dunnet Bay Distillers, landed the night’s top award – Scottish Gin Distillery of the Year – while Rock Rose also picked up a further two taste awards, winning a gold award for its Winter expression and a silver award for its Old Tom Pink Grapefruit variant.

There was a major upset on the night as the small-batch Lenzie Gin, which is contract distilled by Distillations of Arbroath for local delicatessen Billington’s of Lenzie, scooped the Gin of the Year award and picked up the gold award in the London Dry Gin of the Year category.

Other big winners on the night included Ian Macleod Distillers’ Edinburgh Gin. The capital gin brand was awarded the Best Marketing Campaign award for its Botanical Bouquets, a bronze medal for its Rhubarb & Ginger Gin, which was released this year, while its Christmas Gin was highly commended in the London Dry category.

It was a sterling year for Orkney Distilling, producer of Kirkjuvagr, which earned Gin Destination of the Year a year after The Orkney Distillery opened to visitors. The firm’s navy-strength expression, Arkh-Angell, also earned a silver award.

Stephen Kemp, managing director of Orkney Distilling, said: “This is a massive achievement for our team and we’re over the moon. Our Kirkwall distillery and visitor centre was awarded five-star status earlier this year by VisitScotland and it’s proved hugely popular with visitors to Orkney and local people alike.”

McQueen Gin also triumphed at the awards, winning Growth Business of the Year following a rapid expansion over the past 12 months; the team behind the Callander-based producer opened a new state-of-the-art facility this year to increase its distillation capacity.

Dale McQueen, who founded the gin firm alongside wife Vicky in 2016, said: “The Scottish Gin Awards is one of the highlights of the gin calendar and to win Growth Business of the Year is testament to the hard work and dedication of all our staff and customers who help bring our innovative gins to market.”

Caorunn’s Scottish Raspberry Gin came out on top in the Fruit Flavoured Gin of the Year category. The gin is made using Perthshire raspberries in the distillery’s ‘copper berry chamber’, while one of the big winners from last year’s awards, Eden Mill, picked up the silver award in the category for its Passion Fruit and Coconut Gin.

The St Andrews-based distiller also earned a bronze medal in Gin Liqueur of the Year for its Blackcurrant, Rhubarb and Ginger flavoured liqueur.