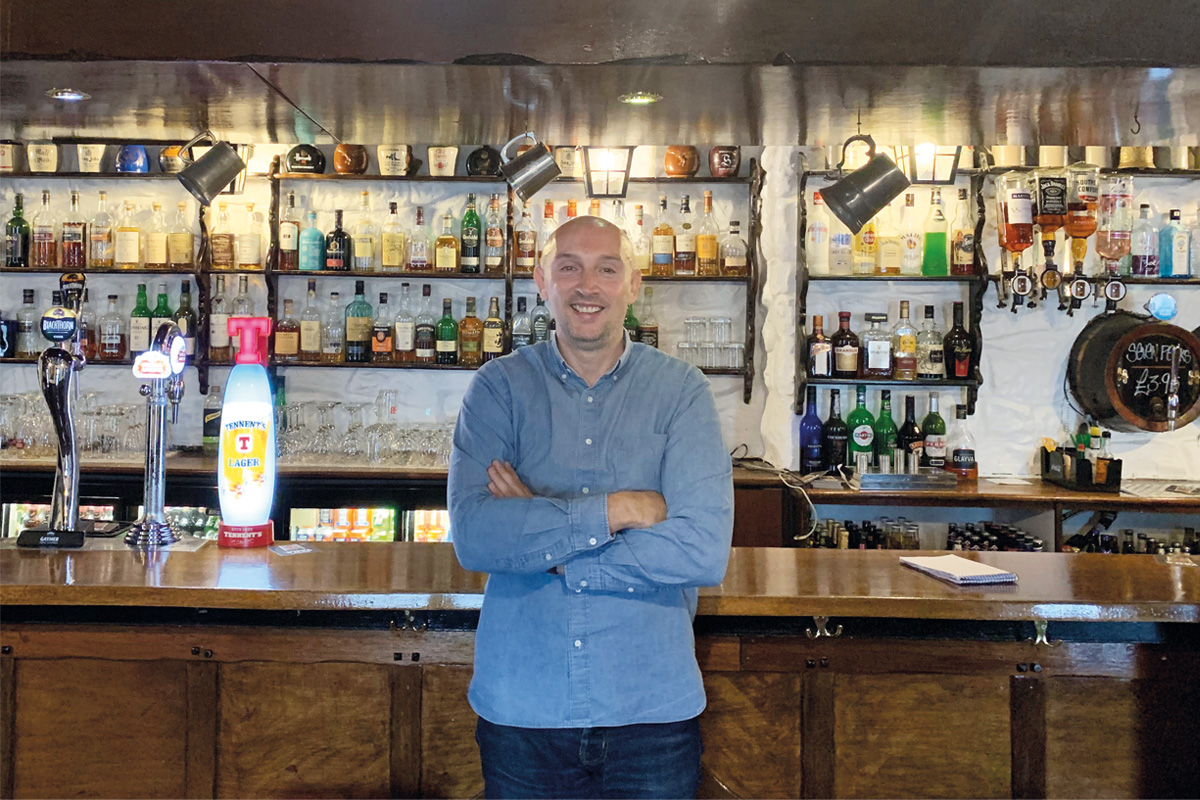 AS far as savvy on-trade business decisions go, Mitchell Haxton’s 1953 judgement to buy The Montgomerie Arms in The Village conservation area of East Kilbride must be up there with the best.

Taking advantage of the 17th century former coaching house’s central location, as what was quickly becoming Scotland’s sixth-biggest settlement – and first new town – sprang up around it, provided a recipe for success that is still working over 65 years later.

Now in its third generation of family ownership, The Monty, as it’s affectionately known by denizens of East Kilbride, is now run by Haxton’s grandson, Andrew Craig.

But, as the venue has passed down the family tree, the goal has remained the same – offering good drinks served by friendly staff in a comfortable environment, said Andrew, who took the helm of the pub 12 years ago having previously served as creative director to one of the UK’s biggest online firms.

Spread across three main areas, the venue, which is the town’s second oldest building and decorated accordingly, is still regularly stowed out by customers just as it was in decades gone by, when there were queues around the corner to enter the pub.

“It’s been part of East Kilbride for many generations and that’s part of its success,” said Andrew. “I don’t need to advertise, everybody knows where we are. If you look at most old pictures of East Kilbride the pub is in it.

“You don’t need to advertise the Eiffel Tower, everyone knows where it is and what it is and it’s like that for us in the town.”

We stay the same, while always catering to our customers’ needs.

And one of the biggest challenges of being the custodian of such a unit is keeping things as they are, said Andrew.

“It’s almost a National Trust job here in not changing things,” he said. “You have to update some things but it should be done in a way where people don’t notice a difference.

“It seems to me the industry now is kind of geared towards an 18-month or two-year cycle for pubs and bars. Pubs get shut down, done up, get a new name and open up, there’s a bit of fanfare and a honeymoon period which soon fades as the next new place takes the limelight.

“We’re the complete opposite. We stay the same, while always catering to our customers’ needs.”

This has been evidenced in the bar’s evolving drinks offer that sees rotating craft beers on draught, cocktails and gins work alongside the big lagers and a 60-strong whisky selection.

Flying in the face of convention again, the 350-capacity bar has no food offering.

“We don’t need it, there are loads of restaurants around here,” said Andrew. “Some people would be surprised by that but I think it’s quite a modern way of thinking to assume that a pub has to have food.

“There’s no family area, it’s over 18s only. This is a place to sell alcohol and talk to your friends. It’s all about conversation.”

And that age-old hostelry feel has been central to The Monty’s enduring charm.

“I think the reason why it works is because it’s authentic and it’s different to other places,” said Andrew. “There’s nothing fake about here.

“It’s the same appeal that someone coming to Glasgow or Edinburgh and stopping off on the way got hundreds of years ago. They got some alcohol, some conversation and got comfortable.”

One of the hallmarks of Andrew’s tenure is designed to reinforce this – ensuring the bar is as well-staffed as possible to help make operating as stress-free for staff and as hospitable for customers as possible, and it’s of financial benefit to the outlet too.

“So I’ve always got plenty of staff on. People always need to be served. If staff have got spare time, they should be talking to customers, entertaining and making them feel at home.

“If the staff feel comfortable and happy, they’re more likely to relax, have a good time and have that conversation with the customers.”