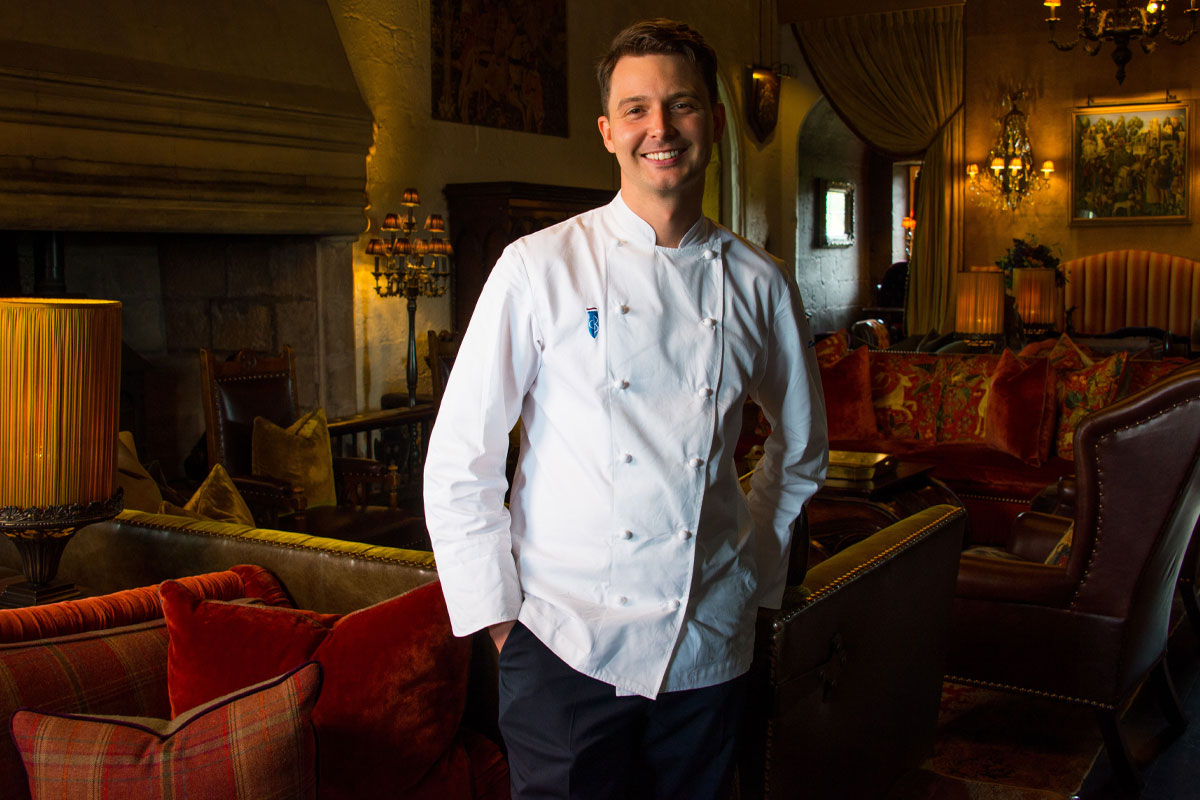 THE head chef at Borthwick Castle has finished as runner-up in a UK competition after becoming the only Scottish chef to make it to the finals.

Derek Johnstone finished in second place out of the ten finalists to compete in the Craft Guild of Chefs’ National Chef of the Year competition.

The contest was won by Steve Groves, head chef at Roux at Parliament Square.

Ahead of the final, contestants were presented with a basket containing the ingredients they would use to create a menu. Johnstone’s three-course menu included pan fried fillet of sea bream, roasted saddle of pork, and vanilla poached William pears with clementine and Valrhona dark chocolate.

David Mulcahy, vice-president of the Craft Guild of Chefs and organiser of the competition, said the contest is “one of the toughest culinary challenges and it was neck and neck throughout”.

“The judges were impressed with Derek’s approach to the brief and he used a high level of skill, with all three dishes being balanced and packed full of flavour,” said Mulcahy.

“It’s a difficult competition which is judged by some of the UK’s most accomplished and Michelin-starred chefs.”

Johnstone said it is “every chef’s dream” to compete in the competition.

“I’ve thoroughly enjoyed my time in the National Chef of the Year 2020 competition from start to finish,” he said. “It’s been a wonderful experience, and I’m thrilled to have been a part of it. I’d also like to say congratulations to Steve on a very well-deserved win.”