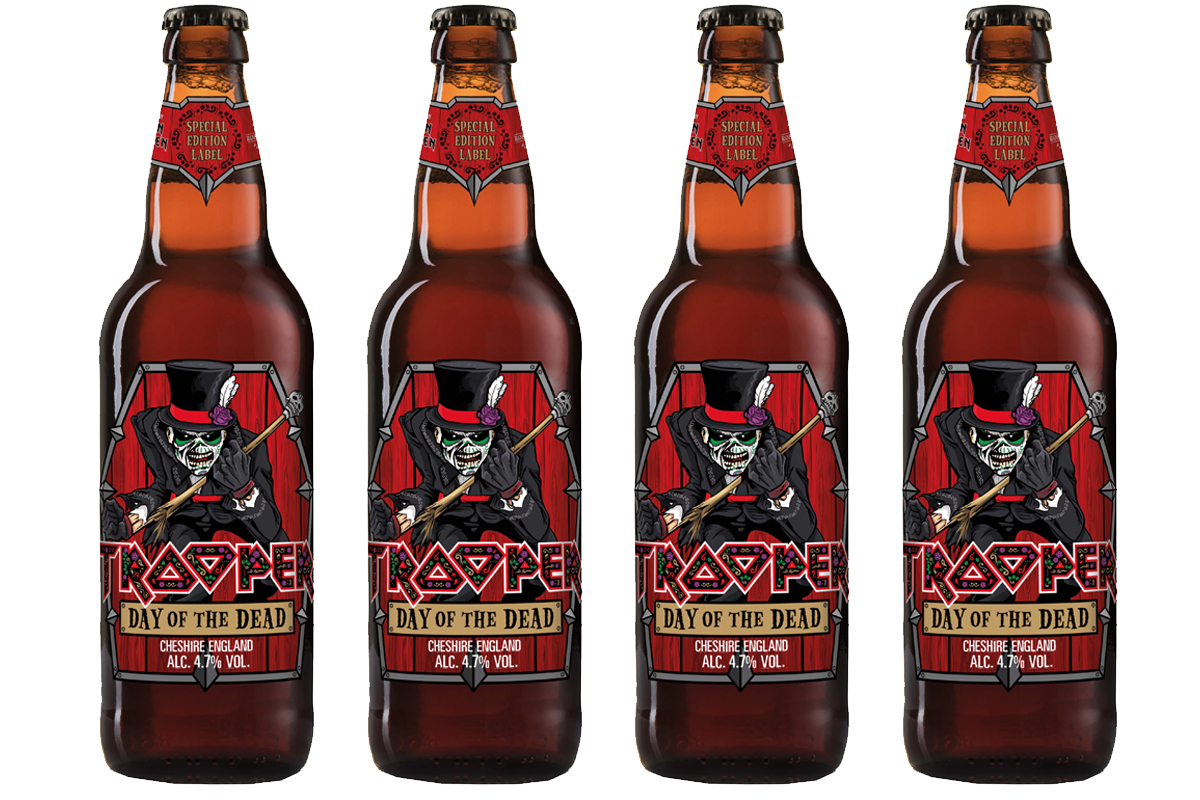 A CRAFT beer which features Iron Maiden’s iconic Eddie character is sporting a limited edition design in time for Halloween.

The beer’s design is said to be “perfectly timed” for Halloween, with the limited edition bottles available to the on-trade until the end of November.

The launch of Day of the Dead Trooper coincides with Iron Maiden’s sell-out Legacy of the Beast world tour.

Sam Kennerly, Trooper brand manager at parent firm Robinsons Brewery, said: “The Halloween opportunity in the UK keeps growing and we wanted to create something a little different this year to give Trooper fans and beer lovers something new to engage with.

“Iron Maiden has a huge fan base in Mexico, so to take inspiration from Dia de los Muertos and combine that with the iconic Eddie character felt like the perfect fit.”