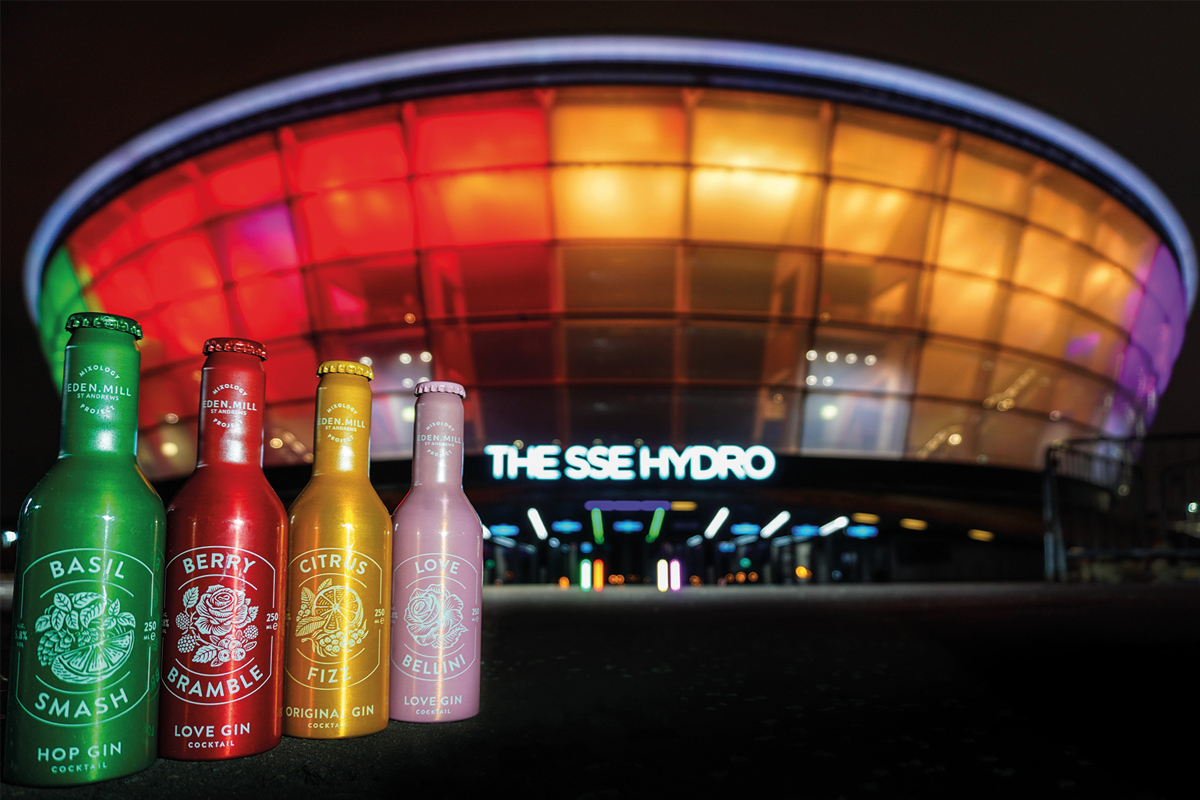 EDEN Mill has become the official gin supplier to the SSE Hydro arena in Glasgow after inking a three-year deal.

An Eden Mill-branded bar has been installed on the concourse in the arena, while a further two Eden Mill bars, located in the Hydro Club, will also offer customers Eden Mill’s Oak and Hop gins alongside its Mixology range.

Paul Miller, co-founder of Eden Mill, said: “Eden Mill are known for being gin staples at festivals such as the Royal Highland Show and London’s Urban Food Festival, so it was only natural for us to move into Scotland’s home of live entertainment.”