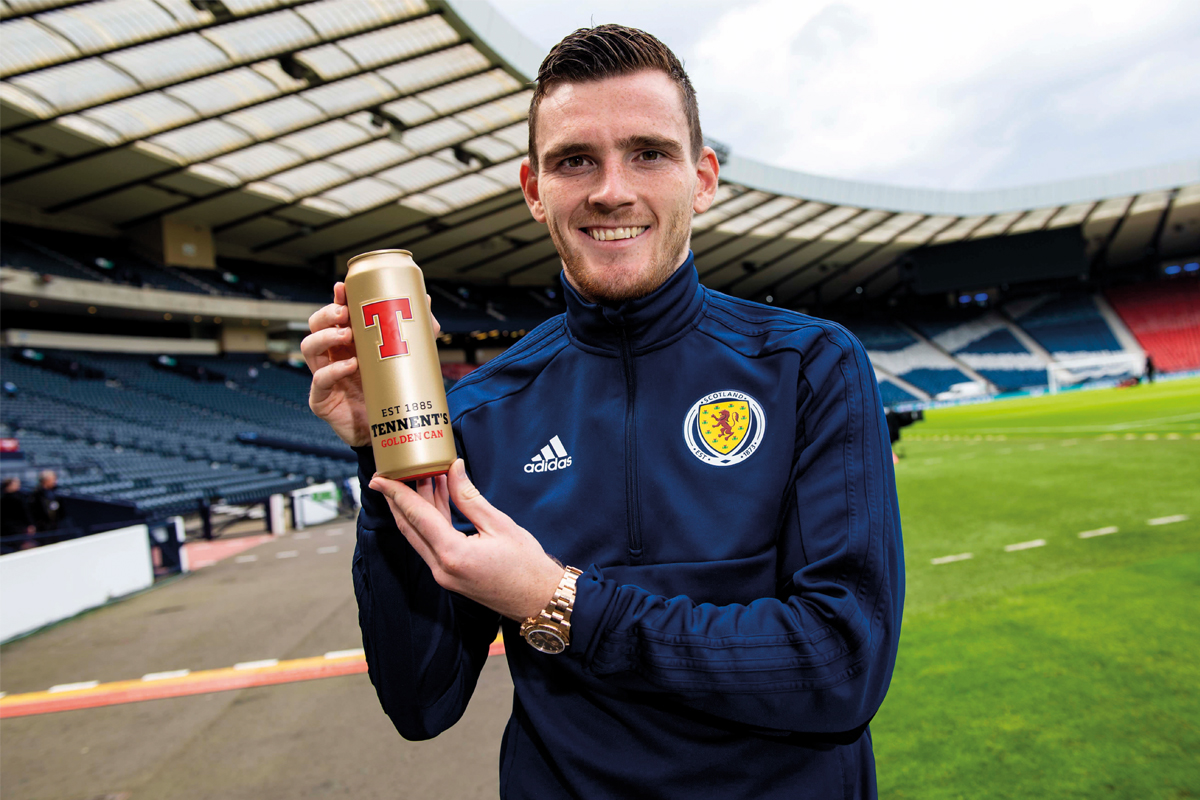 FOOTBALLER Andy Robertson has been honoured by Tennent’s after the Glasgow-born defender was the latest to be awarded the brewery’s Golden Can.

The award, which is given to those who have made a significant contribution to Scottish culture, acknowledges the left back’s remarkable career – which has seen him go from playing for Glasgow minnows Queens Park to lifting the Champions League trophy with Liverpool in June and earning the Scotland captaincy along the way.

Tennent’s group brand director, Alan McGarrie, said: “There have been ample opportunities throughout Robertson’s story where he could have settled, rather than captaining his country. But he didn’t; he stuck in and worked hard to achieve sporting excellence.”

Meanwhile, Tennent’s has gifted another of its Golden Can recipients, Outlander star Sam Heughan, with a personalised beer tap for his home.

The actor played the lager’s creator Hugh Tennent in a 2010 ad campaign, and the tap features a portrait of Heughan as Tennent.