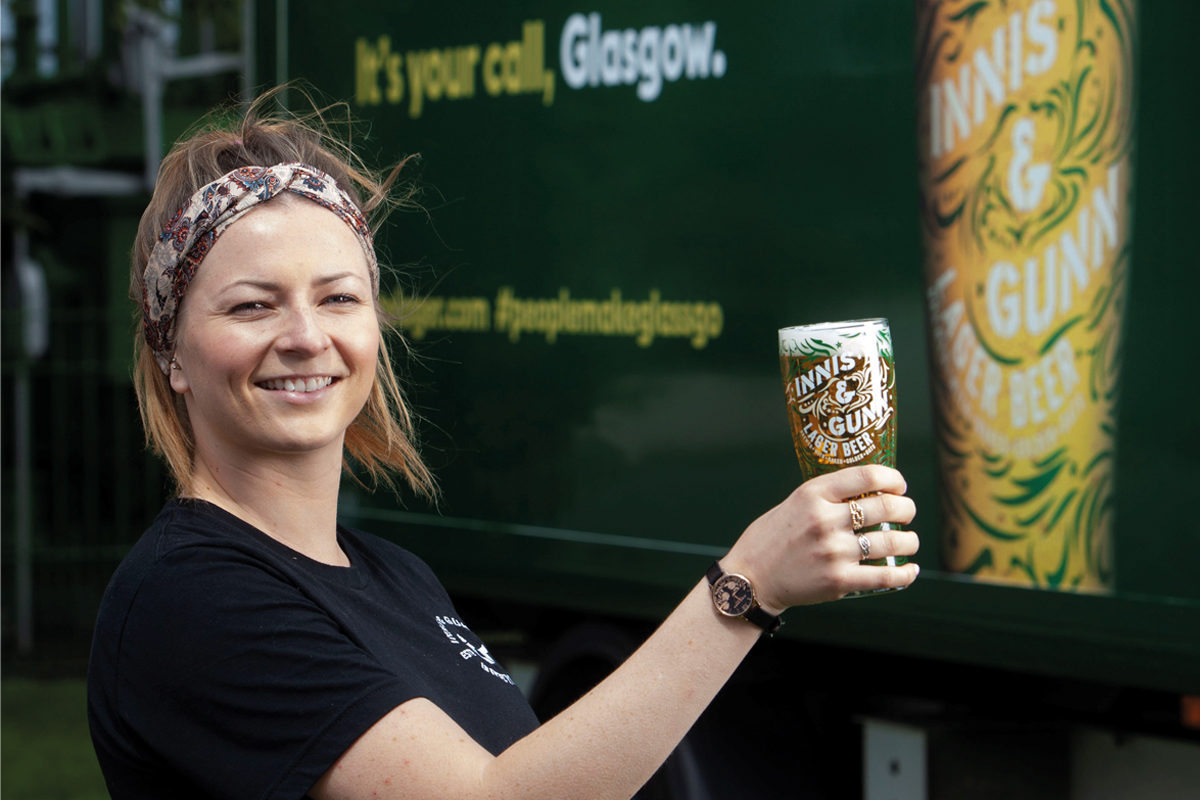 PEOPLE power was at the heart of the latest campaign from Innis & Gunn.

The Your Call activity gave the people of Glasgow the opportunity to help themselves to a free pint glass from an unattended branded lorry parked in the city centre.

Playing on the words of a Glasgow motto, the brewer used the hashtag PeopleMakeGlassGo as it parked the lorry-load of glasses outside Buchanan Galleries.

The activity came as Innis & Gunn unveiled its new Brewery Taproom in Glasgow’s Ashton Lane following a revamp of its Beer Kitchen outlet.

The new-look venue has 22 craft beer taps featuring Innis & Gunn’s core beers, including tank lager and a number of small-batch brews; it is also working with a number of local breweries to showcase their products as well as offering a range of craft beers from around the world.

A ‘Scottish Soul Food’ menu has been introduced, while beer tastings, Innis & Gunn’s Brew Schools and other meetings and events will take place in the venue’s new Brew Room.

The revamp comes two years after the Beer Kitchen opened in Glasgow – and three months after Innis & Gunn unveiled its first Brewery Taproom on Lothian Road in Edinburgh.

Steve Drew, director of retail operations at Innis & Gunn, said: “Ashton Lane is a great spot and we’ve spent years welcoming beer fans through our doors, but we wanted to make the experience even better.”