The quality of Scottish beer can pull in punters, brewers say 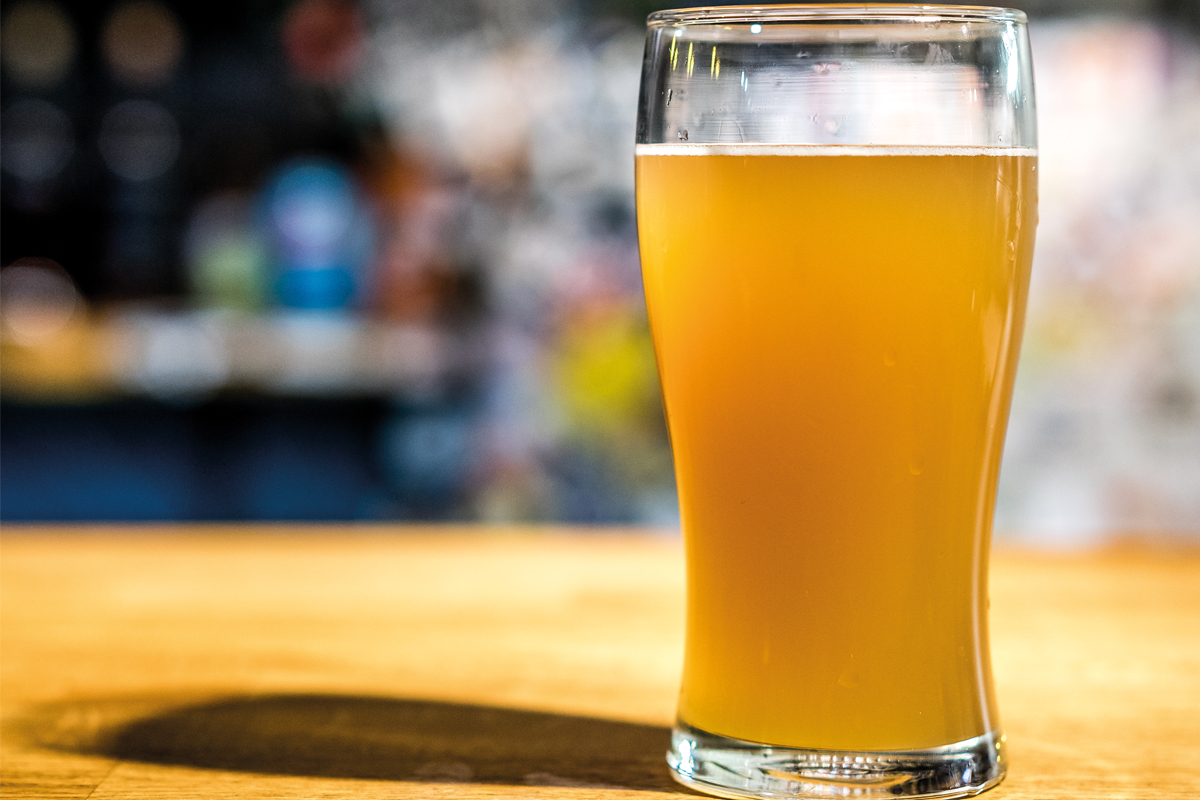 ASK any brewer why interest in, and demand for, beer made in Scotland continues to grow and more often than not the answer can be reduced to one word: quality.

And in 2019, pub operators have never had so much choice when it comes to stocking their fridges with Scottish brews, thanks to the booming craft beer sector.

A study published late last year by The Scottish Parliament Information Centre revealed there to be 115 breweries in Scotland, 80 more than in 2010.

“And Scottish products have always been associated with quality; if you think about whisky, shortbread, oatcakes – it’s always been a quality product.

“The ingredients we’re using – it’s a lot of the same ingredients that the local distilleries are using in their malt whisky.

“So, I think [customers] just appreciate that there’s a greater quality in Scottish craft beer.”

Similarly, David McGowan, director of Broughton Ales, said there is a new generation of beer drinker which “takes real pride in the quality and success of Scotland’s food and drink industry”, of which craft beer is a major part.

“All bars, particularly those with a lot of visitors and tourists, should ensure they have at least four or five beers – on draught, in bottles or cans – from local breweries,” he said.

This was echoed by Kirsty Cameron, assistant general manager at Fierce Beer’s bar in Edinburgh. She said: “People love Scotland. Being in Edinburgh, we get a lot of tourists and they want a Scottish beer – they want the Scottish experience.

“We make a good quality product that brings people together and encourages discussion.”

Ashley Davies, business development manager for Cold Town Beer, which is owned by Signature Pub Group, stated that craft beers – and in particular lagers, pale ales, and fruit beers – are delivering value to its business.

“Consumers like straightforward, delicious, refreshing beers. Scottish craft as a category is in rude health as consumers enjoy bars with a great reputation for craft and will visit to experiment, taste and discover,” said Davies.

For those looking to refresh or bolster their craft beer range, special attention should be paid to lager, according to Andrew of CCB.

“IPAs are still very important, but over the last year we’ve seen session lagers really grow. I guess those that are used to trying the mainstream lagers are now wanting to be involved in craft, but at the same time drink close to what they’re used to.”

He said: “Craft and continental lager volumes continue to grow.  While lager has always been the mainstay of the Scottish on-trade, consumers are now branching out into this subcategory and looking for a premium product.”

Sarah Stirton, marketing and events manager at Edinburgh-based Stewart Brewing, said that less can sometimes be more when it comes to styles of Scottish beer.

“You don’t need to go wild with styles to please customers, the quality or quantity rule applies here,” she said.

“You can’t go far wrong with a good range of juicy IPAs and then there is always a crowd who love a classic stout.”

To help fulfil a Scottish beer range’s potential, food pairing in venues was advocated by a spokeswoman for Tennent’s.

She said: “Consumers don’t just like to drink local, a food menu full of locally-sourced ingredients is sure to be a winner. Pairing dishes with the right Scottish beer is a great way to maximise on this sentiment and create a real talking point for consumers recommending friends on where to eat and drink.”

Provenance is an important factor for consumers, who like to support their own by choosing local and knowing the story behind their drink.

While mainstream beers are still important to a venue’s core offer, tap into the trend for premiumisation by tempting consumers to try more premium beer.

It is imperative that all bar staff have a great knowledge of all the Scottish beers on offer in their venues, including tasting notes, style, region, etc.

It’s important to cater for a wide variety of consumers tastes so a good spread of beer, lager and ale options would be our recommendation.