MARSTON’S, the brewer and pub company, is to withdraw cask ales from all but one of its 21 Scottish managed pubs and replace them with keg beers due to what it said was “poor throughput”.

By early June, the only pub in the company’s Scottish managed estate offering cask ales will be Lockards Farm in Dumfries, with the cask lines in all other venues taken out and replaced with Marston’s Pedigree and Hobgoblin IPA keg beers.

Mark Carter, head of drinks category management at Marston’s, said the decision had been taken “with a heavy heart” but that the company’s policy on cask ale in Scotland “is no different to anywhere else in the UK”.

“Our criteria is set by throughput to ensure we maintain the quality control expected by our customers,” said Carter.

“We will continue to sell cask ale in the pubs where there is a demand which matches this.

“Unfortunately a recent review identified that a number of pubs do not sell sufficient volumes to support the sale of cask ale, therefore ensuring that the beer on sale is of a quality that we deem suitable for our customers.”

However, the decision has come under fire from consumer group CAMRA (the Campaign for Real Ale).

Pat Hanson of CAMRA in Scotland said removing cask ale from its pubs is “taking us back to the mad days of the ’60s and ’70s when cask beer was ripped out and keg beer put in all over the country”.

“Quite a few of these pubs are in places which are not over-blessed with real ale, or even pubs – places like Peterhead, Forfar, Armadale,” said Hanson.

“This is providing genuine choice to customers and they’re taking it away.

“Our view is that they may be putting too many [cask ales] on. Don’t do away with the option altogether, tailor it in line with local demand.”

According to Cask Marque’s most recent Cask Report,  UK sales of cask ale had dipped by 6.8% in volume by summer 2018, which it attributed, in part, to pub closures.

Meanwhile, Scotland was cited in the report as one of the UK regions where people were least likely to have tried cask ale.

Rail strike will contribute to ‘perfect storm’ for hospitality 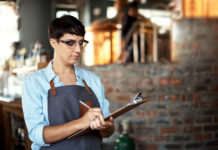 Two thirds of businesses confident of growth despite challenges