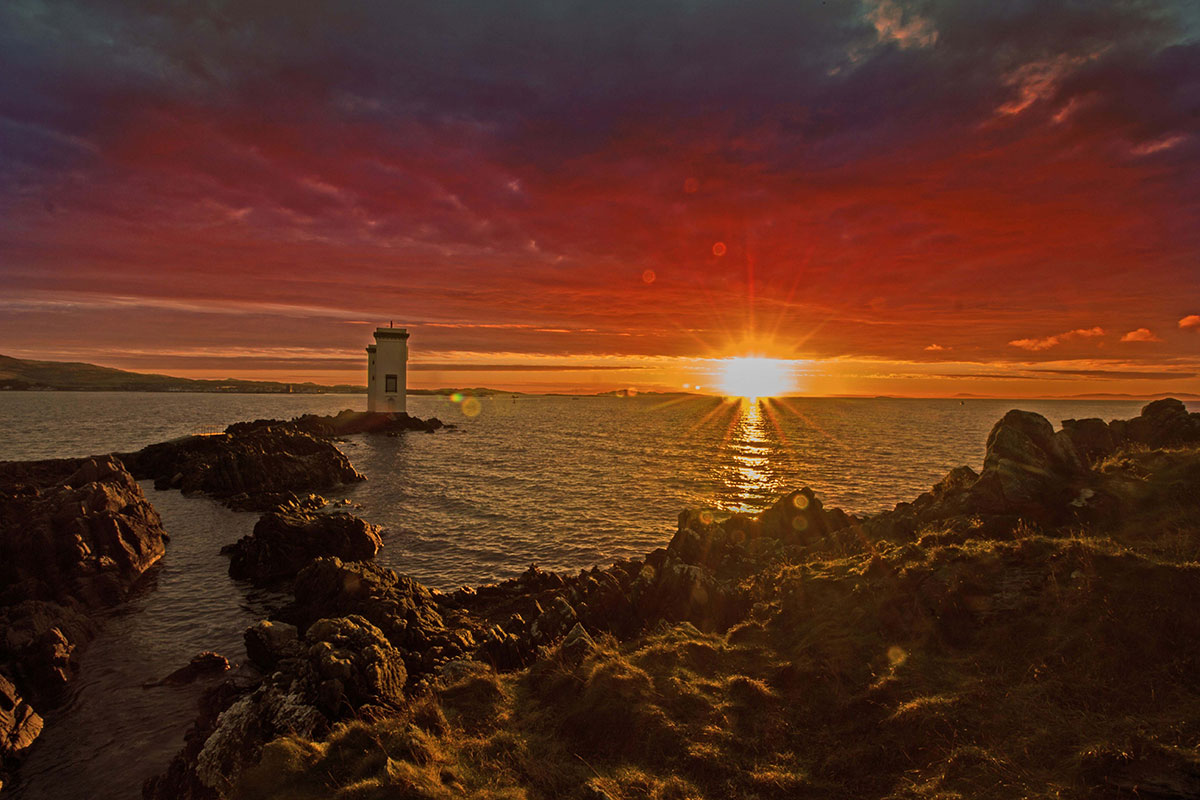 WHISKY fans will be pleased to hear that a raft of distilleries are due to unveil special releases at this month’s annual Feis Ile whisky festival on Islay, which gets underway on May 24. 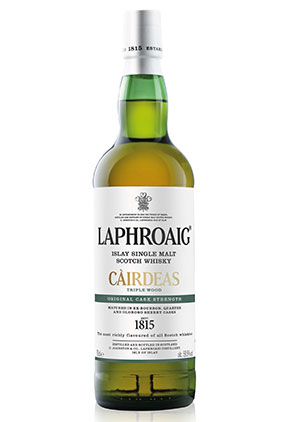 Laphroaig will add to its Càirdeas series at the festival with the launch of The Càirdeas Triple Wood Cask.

It was matured in ex-bourbon barrels, then quarter casks before being finished in European oak casks which previously held Oloroso sherry. The malt is then barrier filtered and bottled at cask strength (51.4% ABV) to create what’s described as a “punchy dram with Laphroaig’s signature richness of flavour and smoky taste”. 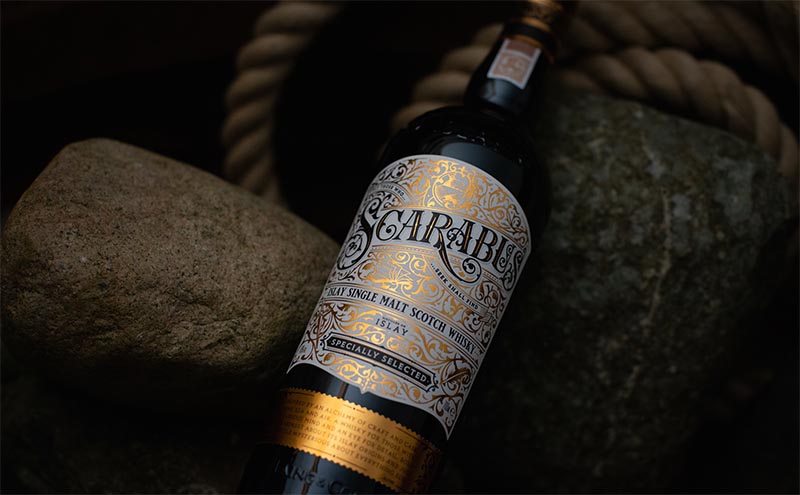 Hunter Laing & Co is also set to unveil a special release – Scarabus Specially Selected – at Feis Ile 2019. Scarabus, which means ‘rocky place’ in Nordic, is said to be named after a mystical area of Islay and is described as “a whisky for those with a curious mind and an eye for detail”.

Bottled at 46% ABV, the island single malt is said to contain “notes of Islay peat smoke and sea salt, followed by warming leather notes stewed rhubarb and a wonderful vanilla sweetness on the palate, leading to a rich lingering finish”. 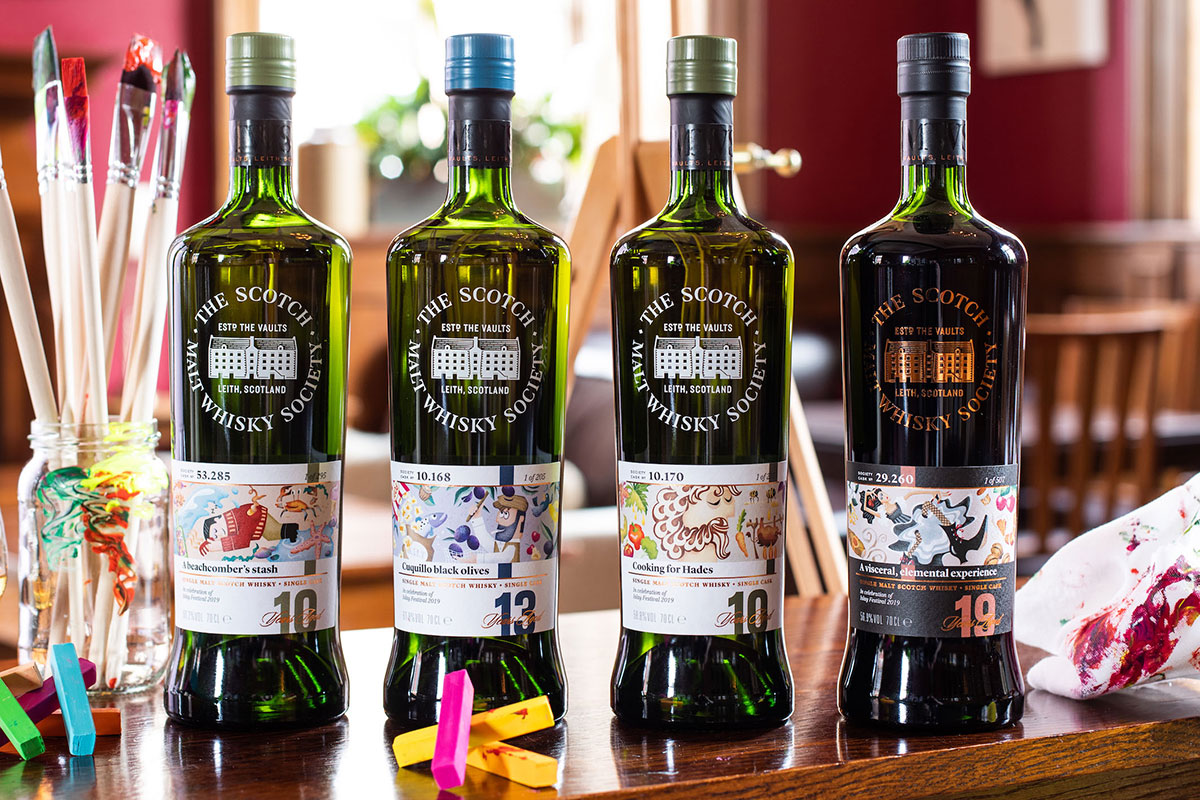 Ranging from ten to 27 years old – and covering four different cask types, the bottlings will go on sale at the beginning of the festival (May 24). They will include ‘Cuqillo black olives’, which is said to be a “full-term bourbon maturation of unpeated spirit” and ‘Cooking for Hades’, which is described as featuring a “heavily peated character” having spent eight years in an ex-bourbon hogshead. 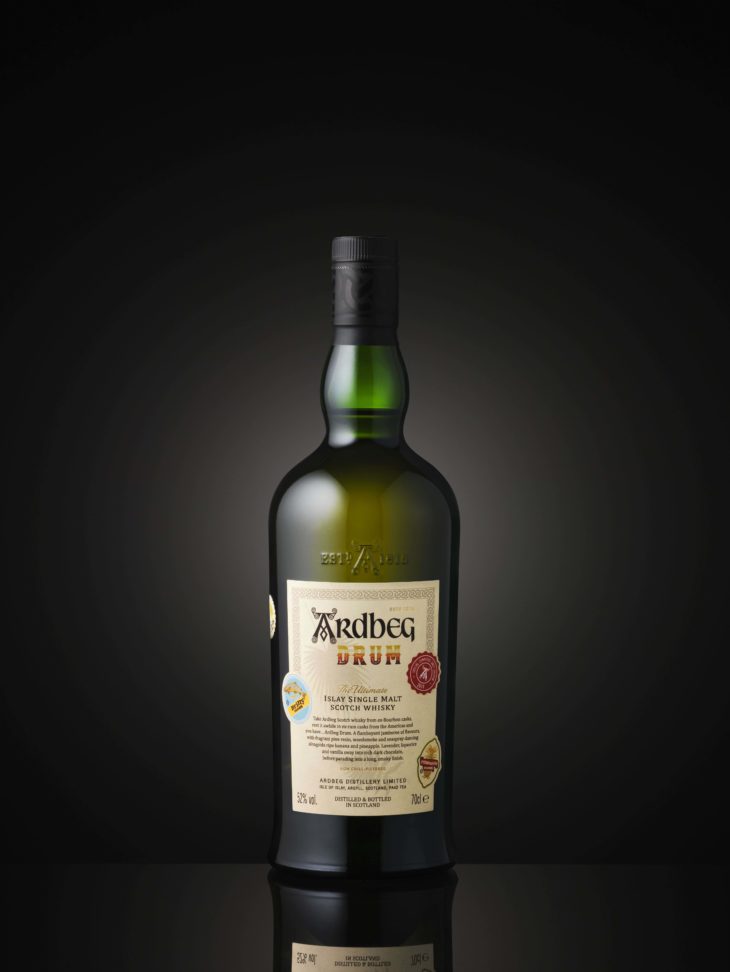 On the last Saturday of the festival (June 1), Ardbeg will release Ardbeg Drum – a limited edition bottling imbued with rum.

In what’s said to be a distillery first, Ardbeg single malt has been taken from ex-bourbon casks and rested for some time in ex-rum casks from the Americas “to coax out tropical tastes”.

Bottled at 46% ABV and non chill-filtered, Ardbeg Drum is dark gold in colour and said to offer an “intense smoke” coffee liqueur finish which is complemented by “a treasure trove of sweet spices”. 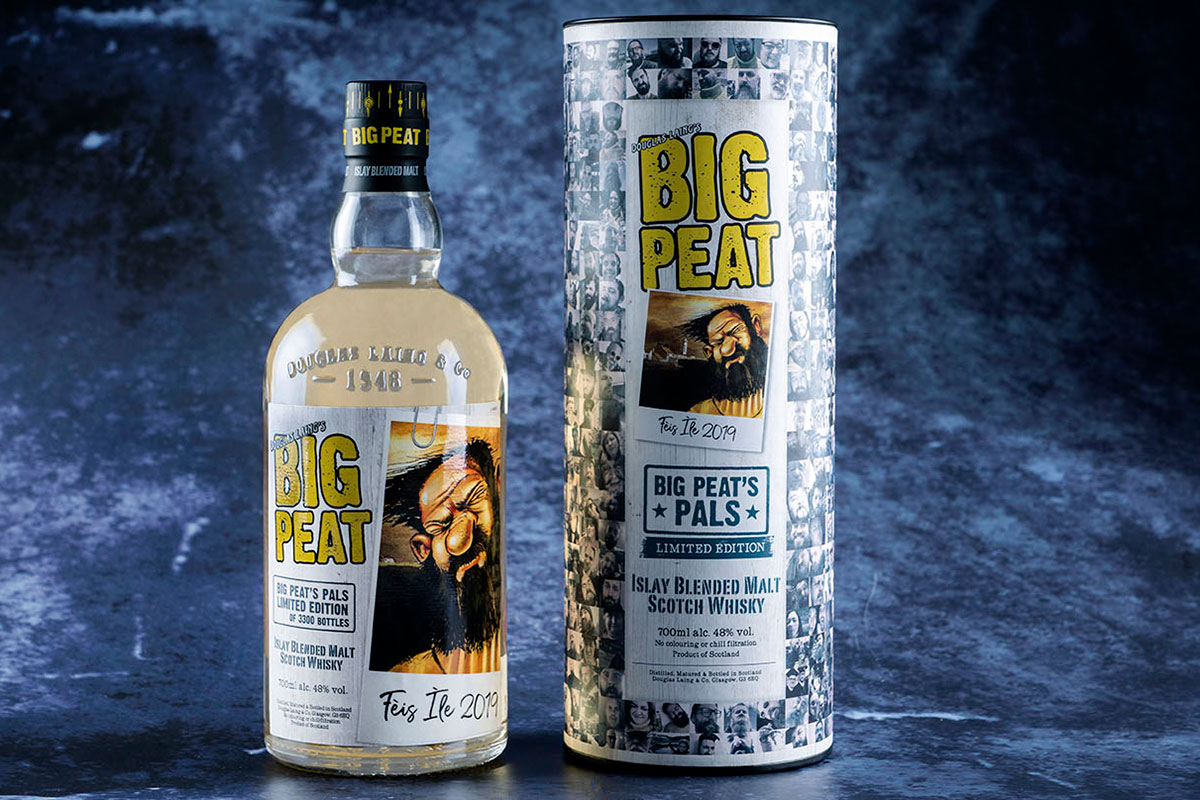 Big Peat’s Pals Feis Ile 2019 Limited Edition is non-chill filtered and, bottled at 48% ABV, is said to be a “unique batch of cult Islay whisky” which is “a marriage of single malts distilled at Ardbeg, Bowmore, Caol Ila and the long-closed Port Ellen Distillery, among others”.

Only 3300 bottles will be available globally when the whisky goes on sale later this month.

Contained in special commemorative packaging, each bottle will feature the faces of 400 of Big Peat’s ‘pals’ – fans of the brand who submitted selfies via an online competition – and the independent bottler plans to celebrate the whisky with an online ‘birthday party’ themed tasting.

Due to be hosted on Big Peat’s Facebook during the Feis Ile festival, the tasting will see select members of the community invited to join a virtual masterclass and sample different variants of Big Peat.

Feis Ile will take place on Islay later this month (May 24) and run through to Saturday June 1.