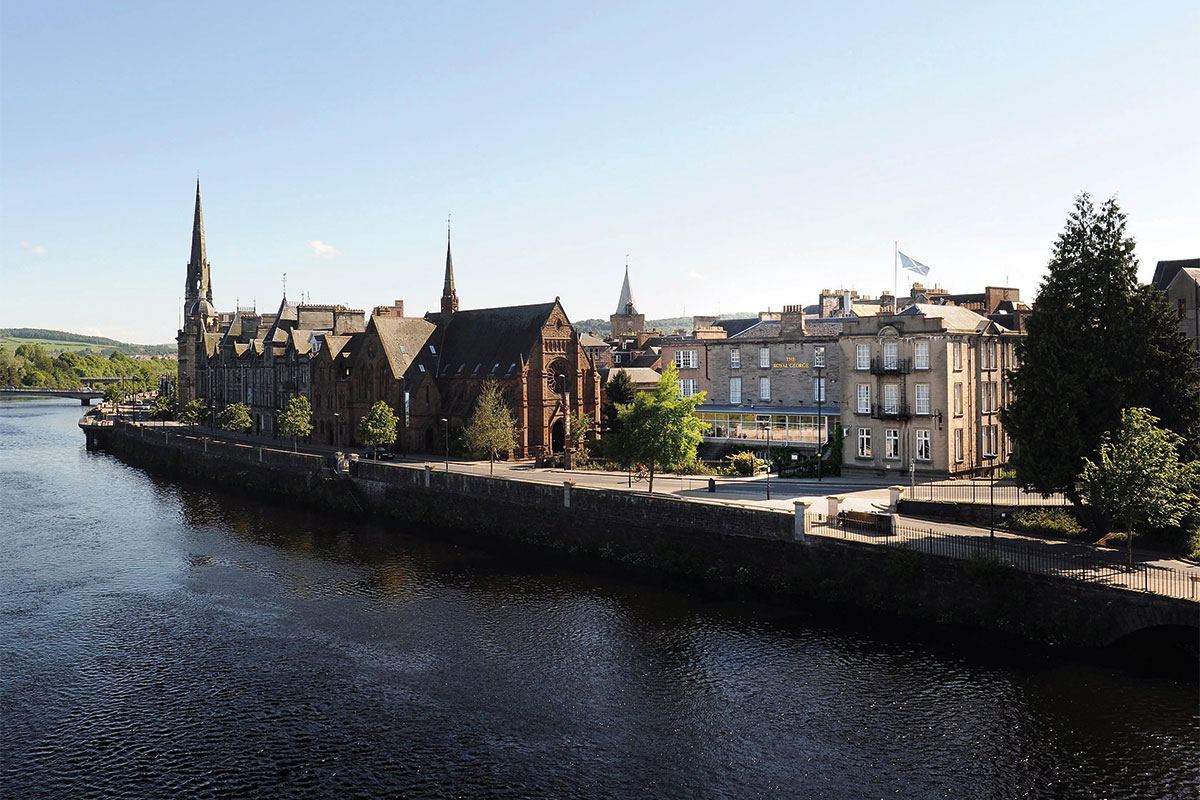 A HISTORIC hotel, which is said to have been a landmark in Perth since early Victorian times, is for sale for the first time in two decades.

Overlooking the River Tay, The Royal George Hotel has been placed on the market by current owners, husband and wife team Eddie and Lorna Anderson, and son Ed; the family is selling the business as a going concern to facilitate Eddie’s retirement following a career spanning 50 years in the hotel trade.

The three-star hotel comprises 46 letting bedrooms as well as what’s said to be an “impressive range of bar, restaurant, conservatory, function room and meeting room facilities”.

The hotel is also set to become home to a gin distillery this year, after the property’s basement was leased to start-up Perth Gin.

The property is described as enjoying a “stunning” location close to the city’s Horsecross Conference and Concert Hall.

Alistair Letham, a director in the UK hotels agency team at Colliers International, which is marketing the hotel, said: “The Royal George Hotel has been an important and iconic business on the Perth hotel scene for centuries, and this continues to this day – even more so thanks to its superb location overlooking the River Tay and close to all the city’s major venues and attractions.

“The hotel is an extremely well-established and well-known business and it produces good and regular profitability.”

Offers in the region of £3 million are sought for the property.