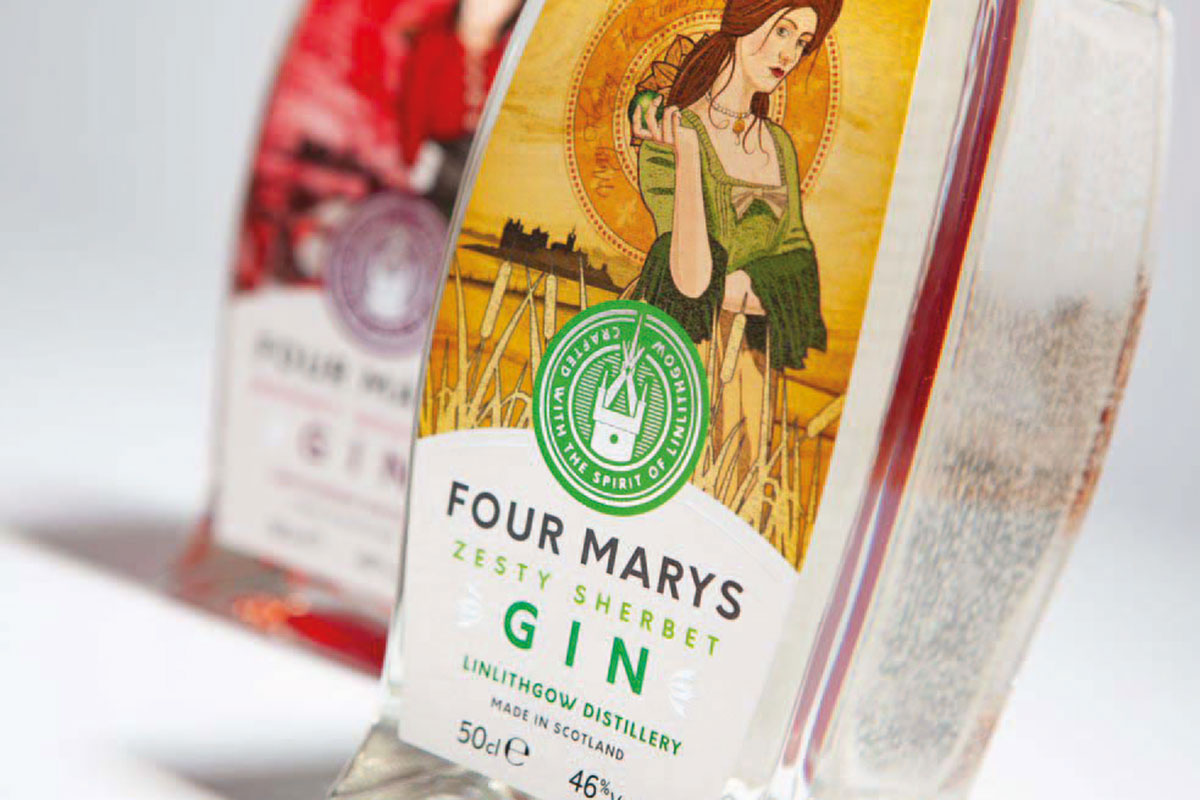 A distillery in Linlithgow has launched a series of gins inspired by the ‘four Marys’ that were loyal to Mary Queen of Scots.

Mary Livingston, Mary Fleming, Mary Beaton and Mary Seton were all said to be companions and ladies-in-waiting to Mary Queen of Scots.

Linlithgow Distillery has unveiled the first two of its four gins inspired by – and named after – the women.

Zesty Sherbet Gin, which pays tribute to Mary Fleming, is distilled with Kaffir lime, yuzu and star anise alongside juniper, coriander and angelica; it is said to give the gin “a delightful tingly burst of flavour”.

And Bonny Bramble Gin, which is named after Mary Livingston, is distilled with fresh raspberry leaves and infused with Scottish brambles, giving it a “rounded, fresh fruity taste”.