ALTHOUGH, for many, 2009 may not seem like such a long time ago, a lot has changed since Lady Gaga was topping the charts with Poker Face and Paparazzi.

And there’s few places that change has been as noticeable as nightclubs and the young people that frequent them.

Mobile phones and apps have, for better or worse, become far more prevalent as a way to organise each aspect of a young adult’s social life and nightclub operators have had to keep up to ensure their custom continues to come back time and time again.

“Young adults used to go clubbing to find a partner, but with the introduction of online dating and apps this has decreased somewhat,” said Andy Clark, head of marketing for Hold Fast Entertainment Group, which owns stalwart Glasgow clubs The Garage, which has just celebrated 25 years, and Cathouse.

He said: “18 to 25 year olds don’t just go clubbing anymore, it’s all experience-based. So customer journey is important and we need to make sure we have things that are photographable for Instagram and stories.

“Hype is key; if we can create something with a small quirk, it can make an event take off.”

Jay Glass, marketing manager and area manager for Caledonian Heritable, who started working in nightclubs in 2004 and has managed Edinburgh club Why Not since 2012, said embracing technology has been crucial to remaining relevant and successful with young people.

He said: “Ten years ago there was no such thing as Instagram, no Snapchat, no Uber, no Deliveroo, no Tinder. Facebook was relatively new and Netflix was basically unheard of.

Ten years ago there was no such thing as Instagram, no Snapchat and no Tinder.

“This has transformed the lives of young people forever. Nightclubs were notorious for hooking up or meeting new people and back in 2009 you had to dress up, call a cab, chat to someone and invite them on a date.

“Technology has played a huge part in getting young adults out and keeping them in.

“Events that used to be found on a flyer or a poster are now packaged into full video productions and featured on social media platforms.

“This can be set to target specific age groups, postcodes, music interests, etc. and the results are all measurable.”

That shifting approach has been replicated at The Garage too, according to Clark.

“Ten to twenty years ago, we’d be using posters, flyers, radio and press ads and a small amount of social media as it began. 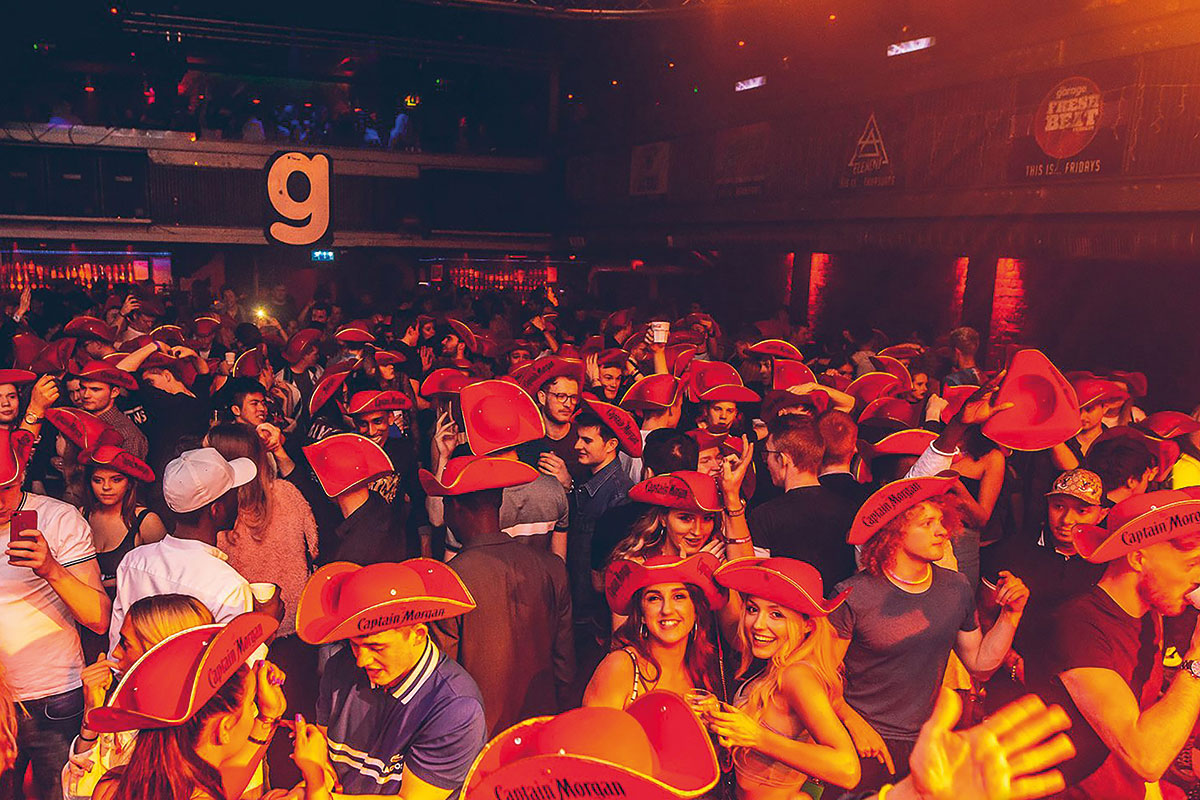 The metamorphosis of young adults has not just affected how they socialise, but also what they drink when they are on a night out – although vodka remains the spirit of choice in nightclubs, said Clark.

“A decade ago young adults were drinking beer, spirits – mainly vodka and shots,” he said.

“In the future, vodka will retain its place but pink gin will keep growing too amongst younger audiences as will flavoured Venoms and tequila.”

In Aberdeen, Paul Clarkson, operations director of PB Devco, owner of Babylon and Soul, said the shift in what young people are drinking has been “dramatic” over the last ten years.

“I think that the taste and range of drinks that young adults go for has increased massively,” he said.

And the long-established macrotrend of premiumisation has not left nightclubs untouched, stated operators.

“They may not go out as much but when they do they are spending more on the experience. Nightclubs that get the offer right win a bigger share of the market.

“Generally, I would say they are drinking as much vodka, more packaged bottles, less classic cocktails and more premixed drinks for speed of service.”

I think the taste and range of drinks that young adults go for has increased massively.

Away from drinks, Clarkson reckons that younger customers are looking for better quality outlets too.

He said: “Our venues as a whole have never been big student venues but I do feel there is a younger crowd using what we call our premium venues and this is something we have to adapt with as all businesses are required to following the tough last few years.”

In terms of what kind of nights are proving successful there’s also a big differential in what is getting young people out of the house and into clubs.

“In the last five years, we’ve had Harry Potter parties which have turned out to be the new school disco, while a tiki party has become the new beach party.

“Full moon and UV parties worked well, but more recently our big light and visual shows, evolution and planetary movement nights have been very successful as they have captured people’s imagination and let us build hype.

“Going forward, we will look to build on light and video shows along with co-promotions with well-known brands.”