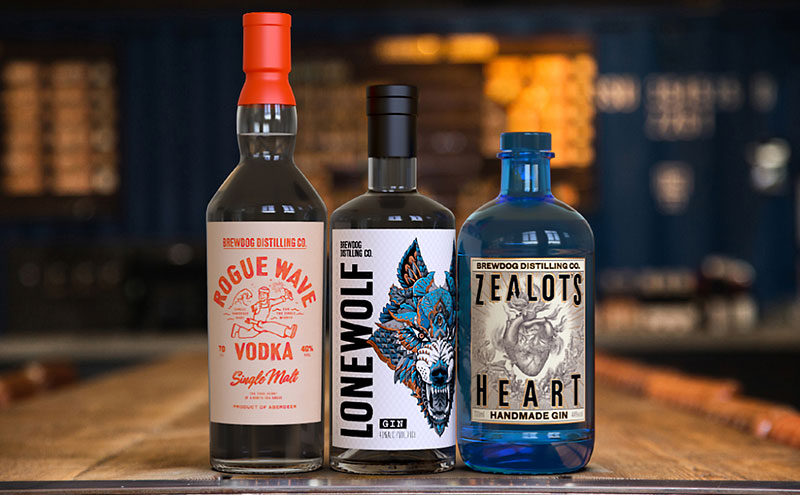 Brewdog has announced that it will launch a new range of spirits under the banner of Brewdog Distilling Co.

The range includes three whiskies, the Boilermaker Series, which are produced in conjunction with distilleries around Europe and designed to be paired with Brewdog’s beers.

There will also be a new gin – Zealot’s Heart – a 44% ABV spirit produced by Brewdog and containing botanicals including citrus, pepper and spices, and new vodka named Rogue Wave. The company’s established gin, Lone Wolf, will have its packaging refreshed.

Further spirits, including a Brewdog-distilled single malt and a spiced rum, will be announced later in the year.

The Brewdog Distilling Co announcement was made ahead of the Brewdog AGM, which takes place in Aberdeen this weekend (April 6 and 7).