Operators should tailor their range to their customers 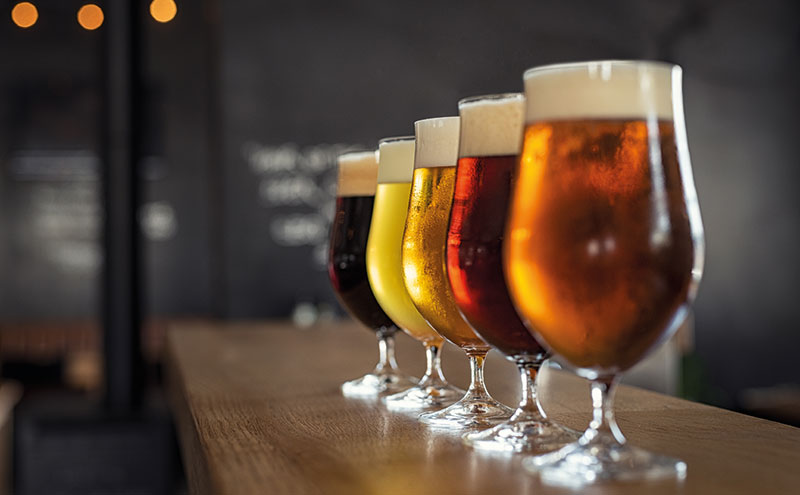 In 2019, what does a good craft beer range look like? While it’s an important question, the answer is relatively simple, according to brewers: one that is tailored to a pub’s customers.

Katy Heppell, sales and marketing executive at WooHa Brewing Company in Moray, told SLTN that licensees must ensure they keep their customers’ tastes in mind when creating their craft range.

She said: “A good craft range is one that meets what your clientele favour.

“We know some outlets where dark beers are king and they have an amazing range of porters and stouts, where in others they find IPAs fly off the shelf.”

However, Andrew Chapman of Keith Brewery parent firm Consolidated Craft Breweries, said operators should look to review and change their craft range in line with the seasons too, with “more focus on lighter, crisper, lower-ABV beers during the summer months and darker ales during the winter months”.

It’s also important to consider format when it comes to craft beer.

Chapman explained that 2018 “saw a huge shift in craft beer towards draught and we expect this to continue in 2019”.

“The consumer is becoming more confident and versed in craft beer and now knows what style and brands they prefer,” he said.

“This has resulted in drinkers moving from packaged beer to draught.”

This was echoed by Heppell of WooHa Brewing Company, who said cans and kegs are expected to grow in popularity this year, with a lessening demand for bottles.

Beyond basic ranging and format, there should be space for more experimental brews too, reckons Jo Stewart, co-founder of Stewart Brewing.

The Edinburgh-based brewer launched a new range last year called Project 7, a brewer-led initiative that has resulted in the creation of more experimental, one-off brews – including the likes of a Cucumber Gose with Seaweed and a Hedgerow Sour.

“Although not suited to all pubs, those at the leading end of the craft market can’t wait to get their hands on them,” said Stewart.

Heppell of WooHa Brewing Company agreed that limited edition and seasonal beers are key to sales.

“People are looking for something new and this is a great way to cater to that,” she added.

Craig Middleton, brewery manager at Cromarty Brewing Company, advised operators looking to stock craft beer in order to create a point of difference to stock “local or unique” brews to achieve this.

Going forward, there are a couple of trends to be aware of, according to Chapman of Consolidated Craft Breweries.

“Collaborations between breweries continue to grow in popularity,” he said.

“Low and no-alcohol beers will continue to gather pace in 2019, with saison and sour beers becoming more popular in the craft sector.”