Spirit distilling has returned to Tiree – the most westerly island of the Inner Hebrides – for the first time in over 170 years thanks to the locals behind Tiree Whisky Company.

Alain Campbell and Ian Smith, founders of the firm, which produces Tyree Gin, recently opened their distillery, allowing them to bring the full production of their gin in-house on the island.

Eighteen months of contract distilling Tyree Gin in London by Thames Distillers helped fund the renovation of an industrial shed in West Hynish in the southwest of the island and a 250-litre G-Still was installed there in late 2018.

A rebrand of the firm’s gin was timed to coincide with the move to produce the gin on the island.

The new label design features the tagline, ‘Handcrafted in the Hebrides’.

And it utilises various ingredients that are native to Tiree, including kelp, which is gathered from the shore, and a wide selection of botanicals species collected from the unique machair ground that lies inland.

“The characteristics – the ingredients that go into the spirit – are very much unique to the island.” 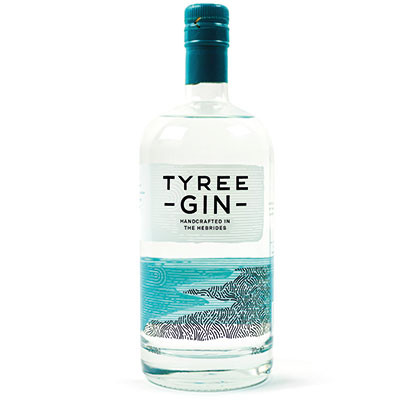 Working with various wholesalers, including Inverarity Morton, Alain and Ian aim to get their gin into more bars over the coming year.

“We want to sit alongside other island-distilled gins and try and compete with them a little bit,” said Alain.

There’s also plans in the pipeline to host distillery tours from the summer.

And, longer term, the goal is to bring whisky distilling back to the island too.

“We’ve got this far so I think the next step will be to produce whisky on the island,” said Alain.

“We’re looking to do that, we’re going to need some more equipment.

“So that’s going to be something we’ll definitely be looking at next year.”