Explosion in spirits market can take serves to a new level, say firms 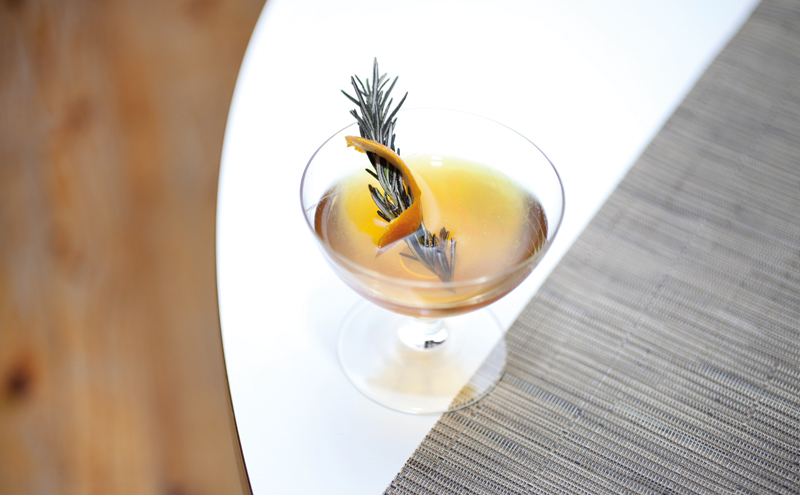 ALTHOUGH Scotland can lay claim to a long history of distillation, the trend towards small-batch brands over the past decade has arguably ushered in a new era for Scottish spirits.

So it follows that the country’s bars should be looking to cash in on the remarkable rise of craft spirits as consumers look for drinks with a difference.

And the move towards smaller, craft expressions was predicted to continue by David Smillie, Scotland portfolio ambassador at Maverick Drinks, distributor of Ableforth’s Bathtub Gin.

He said: “Craft spirits are gaining traction in the Scottish on-trade. This links back to consumers’ growing knowledge of alcohol provenance, and a focus led by millennials on healthier living that is leading consumers to choose quality over quantity.”

The demand for craft spirits echoes similar trends in the food industry, according to Nick Gillett, managing director of Mangrove, which counts Elephant Gin within its stable.

“Consumers are asking more questions about what they are drinking and the story behind it,” he said.

“They want more natural ingredients and are interested in supporting geographically local producers.

“The desire to not follow the crowd also plays a part here, as people look to differentiate themselves through their spirit choices. This thinking is mirrored when we look at bars themselves, their bartenders and mixologists.”

The heightened curiosity and demand for craft spirits has given creative operators and their staff the opportunity to play with a greater variety of flavours than ever before.

And Louis Wright, head of production at the Orkney Distillery, maker of Kirkjuvagr Orkney Gin, advised licensees to make use of the enhanced selection of craft spirits at their disposal in their cocktail lists.

He said: “Craft spirits have not traditionally been viewed as the perfect match for cocktails.
“Bartenders tend, for example, to choose a blended Scotch over a single malt, usually for their supposed smoothness.

“But I think craft spirits can add depth, character and originality to a cocktail.”

He said craft spirits “can introduce premium ingredients and bring interesting flavour twists to well-known cocktails, allowing bartenders to use their creativity”.

And Collin van Schayk, director of Orkney-based VS Distillers, producer of J. Gow Spiced Rum, said that a cocktail is “only as good as its base ingredients”.

The quality of ingredients and flavours are only part of the picture, however.

Caroline Bruce-Jarron of Angus-based Ogilvy Vodka, reckons the back-story and provenance of craft spirits are also relevant in cocktails.

“Suddenly a classic serve, such as a vodka Martini, has a provenance message and back-story that appeals to customers that are looking for an elevated drinking experience.”

When it comes to which craft spirits to stock in bars, whisky and gin are both forecast to continue to grow in the on-trade.

Smillie of Maverick Drinks said he expects the increasing popularity of craft spirits to have a knock-on effect on the whisky industry.

He said: “Craft whisky is already making waves in Scotland with bars dedicated to bringing exciting new varieties to consumers from all over the world.

“Specialist and craft spirits have come a long way in the last 15 years, with Scottish consumers actively seeking out craft Scottish gins over mainstream brands and, with more delicious and approachable drams on the market than ever before we expect whisky to begin to follow suit.”

And there is to be no let up in the modern day gin craze in Scotland’s pubs, according to producers of the distillate.

“If a bar is serious about its gin offering then it should stock craft gins,” said Carlo Valente of Boë Superior Gin parent firm VC2 Brands.

“These gin makers are perceived to be at the cutting edge of innovation and quality. It should be for these reasons that an operator decides on the gin they select.

“Operators must offer choice – and craft can offer a point of difference.”

“The gin bandwagon shows no sign of slowing down, which is good news for all those craft distilleries looking to make their mark,” he said.

The thirst for different flavours and varieties in pubs and bars has also led to the significant expansion of the mixer category, mirroring the trend for craft spirits.

Franklin & Sons’ marketing director, Jen Draper, said: “Consumers are demanding more from spirits in terms of flavour and quality, and there has been a high proportion of craft spirits brands entering the category and bringing about new innovation.

“This has led to the rise of flavoured tonic waters, which when mixed with a variety of craft spirits creates a step-change in flavour, complementing and adding complexity to the spirits.”

She said: “Consumers build trust in the provenance of a producer, and – if they like what they drink – they’ll seek them out time and again and be willing to trade up to a more premium price point.

“The mixer becomes part of the experience, the art is in the pairing of the spirit to the mixer to produce the best combination for the consumer.”