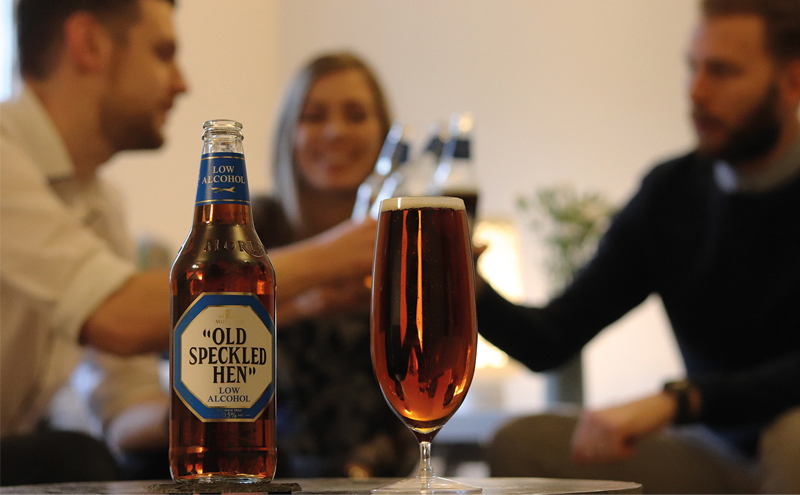 CHANGING consumer lifestyles is said to have prompted Greene King to launch a low-ABV version of its Old Speckled Hen ale.

Introduced late last year under its Morland & Co brewery brand, Old Speckled Hen Low Alcohol is brewed with Pale and Crystal malts, and Challenger, First Gold and Goldings hops like the original Old Speckled Hen. As a result, the low-alcohol ale is said to have the flavour characteristics and “malty, toffee and caramel notes” of the 5% ABV Old Speckled Hen, but with an ABV of 0.5%.

“Important in the decision whether to introduce a low or no-alcohol version of our famous beer is the driving belief that the beer should always taste like a proper beer,” he said. “Old Speckled Hen is a trusted and much-loved brand whose gluten-free version swiftly rose to become market leader when it launched in 2017 and we are confident that Old Speckled Hen Low Alcohol will achieve just that in this market category.”