Historic hotel in the heart of Kintyre town on the market 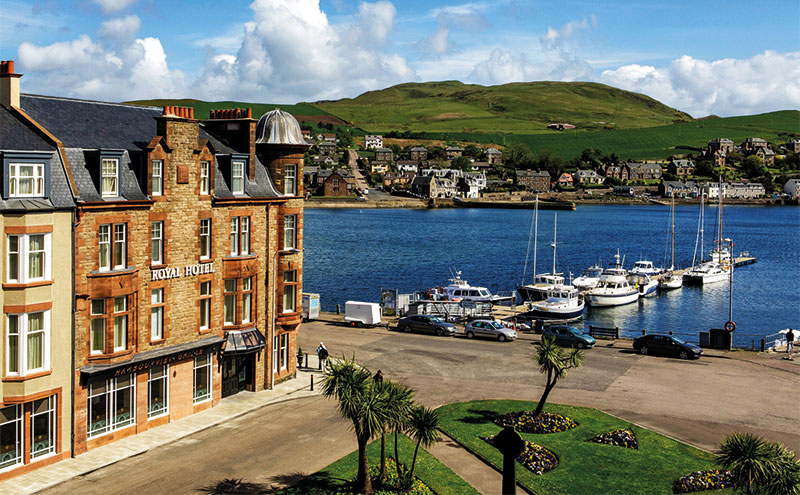 A HOTEL on Campbeltown’s harbour front which is said to hold a “special place” in the Kintyre town’s history has come onto the books of property firm Christie & Co.

The Royal Hotel was built in 1907 by local man Archibald Johnston, having been designed by renowned Glasgow architect James Monro, who went on to design the Grand Hotel in St Andrews.

The Campbeltown hotel was purchased by the current owners, David Southworth and Joe Deitch, along with the Ugadale Hotel and Machrihanish Dunes golf club, which are just five miles away, in 2008.

The pair have since developed the famous golf links and the Royal Hotel, which now has 23 “sumptuously-appointed” guest rooms, The Black Sheep pub and Harbourview Grille restaurant.

Southworth said he and Deitch are selling The Royal Hotel “because it will afford us some operating efficiencies”, adding that they have no plans to sell their holdings in Machrihanish, which includes Machrihanish Dunes golf club, Ugadale Hotel and Cottages, The Old Clubhouse pub and The Kintyre Club.

“There will be no loss of jobs within the community and we truly hope that whoever the next owner is will have even more resources to attract added visitors to the area,” he said.

Stuart Drysdale, director at Christie & Co, which is marketing the Royal Hotel with an asking price of £2.75 million, said: “We expect to see high levels of demand from home-based and international hotel operators.”