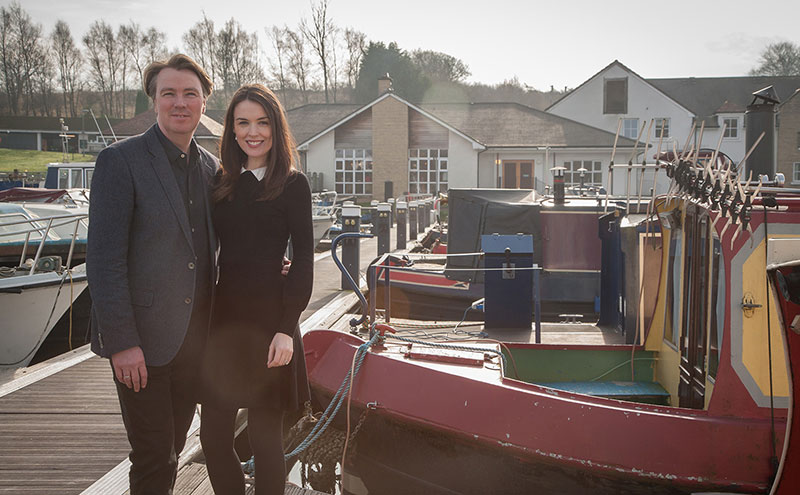 NEW life has been breathed into a canal-side restaurant north of Glasgow four months after it went into administration.

The Boathouse at Auchinstarry Marina in Kilsyth has been revamped and relaunched by a team led by restaurateur Ryan Barrie, who has previously operated Glasgow venues including The Spiritualist, and his wife Aisling Friel. It comes after The Boathouse closed last October when chartered accountants French Duncan was appointed liquidator.

Barrie and Friel, who have acquired the leasehold, said the new-look Boathouse aims to bring a “city centre dining experience” to Kilsyth.

The interior has been given a “light touch” refurbishment; Friel said the “light, airy design” is complemented by an open fire and the views of the canal.

“It’s a classy finish and of the highest standard, as you’d expect with Ryan’s bars, but it’s still recognisably The Boathouse,” she said.

“It’s been improved and enhanced, rather than completely refurbished.”

When it comes to the offer at The Boathouse, Barrie said the menu features Scottish classics, adding that he aims to “once again make The Boathouse renowned for its superb food, range of drinks and quality service”.

“I’m excited by its reception, and I’m proud – professionally and personally – to have been involved in its revival.

“It’s always an exciting challenge opening venues like this.

“The team has worked immensely hard to get The Boathouse reopened so quickly and new jobs filled.

“The Boathouse was always a popular venue, and I hope this revamp will excite a whole new generation of customers.”