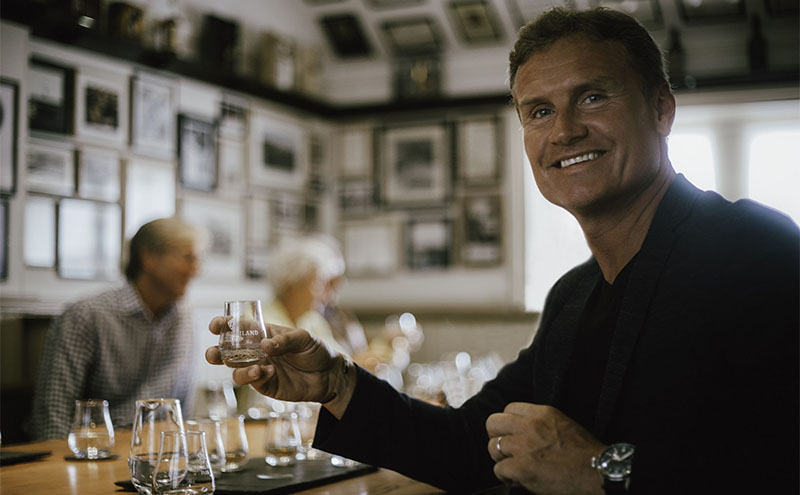 The first is a single cask bottling, priced £139 a bottle, with each of the 734 bottles signed by Coulthard, while the second is priced at £55 a bottle. Both are bottled at 43% ABV and aged 13 years in a reference to Coulthard’s 13 Grand Prix wins. Similarly, Saltire refers to the Scottish saltire that featured on Coulthard’s helmet.

A share of the proceeds from the sale of each bottle will be donated to charities in Dumfries and Galloway, where Coulthard grew up and lived during the early years of his career.

Jason Craig, global brand director at Highland Park, said: “As a proud Scotsman and winner of 13 Grand Prix races, David demonstrates all the characteristics of our view of a modern day Viking Soul. His desire to support his local community is very much in keeping with our ethos at Highland Park. We’ve enjoyed collaborating on this project and look forward to seeing what David’s and our fans think of our collaboration.”

Coulthard said he had “enjoyed participating in the whisky process”.

“The whiskies are inspired by my Formula 1 career,” said Coulthard.