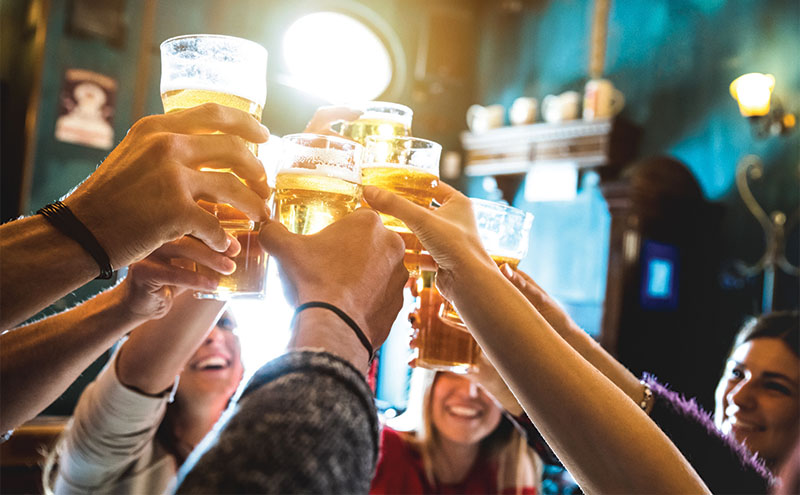 THE January sporting calender may not have been as jam-packed as some in the trade would like, but February brings with it the boon of the Six Nations and the promise of much-anticipated international clashes.

Ahead of the competition kicking off next week (February 1), SLTN spoke to two operators planning to make the most of the tournament in the typically quieter first quarter of the year. Their advice: prepare and stock up on beer.

In Edinburgh, Ryrie’s Bar in Haymarket has become a traditional haunt of rugby fans either heading to Murrayfield or just keen to soak up the atmosphere and watch the game.

Wendy Dickson, the pub’s GM, said:  “The Six Nations provides us with some of the best days that we have all year, especially when Scotland are at home.

“We get a great mixture of fans in. The place is electric with each group of fans singing national anthems and sometimes we have the occasional bagpiper popping in and playing requests to all the fans.”

Fifty miles to the south in the small Dumfriesshire town of Moffat, an authentic connection to the sport helps The Buccleuch Arms Hotel capitalise on the appetite for the games.

The hotel was listed as one of the UK’s best rugby pubs last year and allows the local rugby team to use its function room as a clubhouse.

Polly Smith, a director of the hotel, said: “The atmosphere during the Six Nations is really, really good. If you come a minute after kick-off it’s standing room only but it’s great, as is the tradition with rugby, everyone has a good time and a great laugh together.”

And beer is definitely the order of the day when the rugby-hungry and pint-thirsty throngs start to pile in, said Smith.

“We sell a huge amount of lager during the games, which is usually Carling by a country mile,” he said.

“We’ve recently taken on Staropramen, which we think will do really well during the Six Nations, while we sell more Guinness than usual too.”

In the capital, draught beer is also the most called for drink.

Dickson of Ryrie’s Bar said: “Without doubt, Guinness and our cask ales are the most popular drinks on rugby days.

“Although draught is our biggest seller, bottles of Magners and Crabbies also sell very well on these days.”

In order to get the word out, and build excitement for the occasions, both operators market the fact they are screening the games on social media, while multiplying their usual orders for beer.

Smith at The Buccleuch Arms Hotel said: “We’ll make sure to put up and hand out whatever promotional materials related to the competition come in. We also put a big banner in front of the hotel to let passersby know we’re putting the games on and post the fixture times on Facebook.

“The most important thing is making sure we are well stocked. We double up on all our kegs and get the bottles at the ready.”

Preparations are already underway at Ryrie’s Bar ahead of Scotland’s first fixture, at home against Italy.

“We prepare for Six Nations days by having all members of staff on shift and advertising a few weeks in advance on Facebook,” said Dickson.

“Depending on who is playing against Scotland, we’ll double or triple our beer orders.

“With all the fans in great spirit, it makes for an enjoyable day all round.”