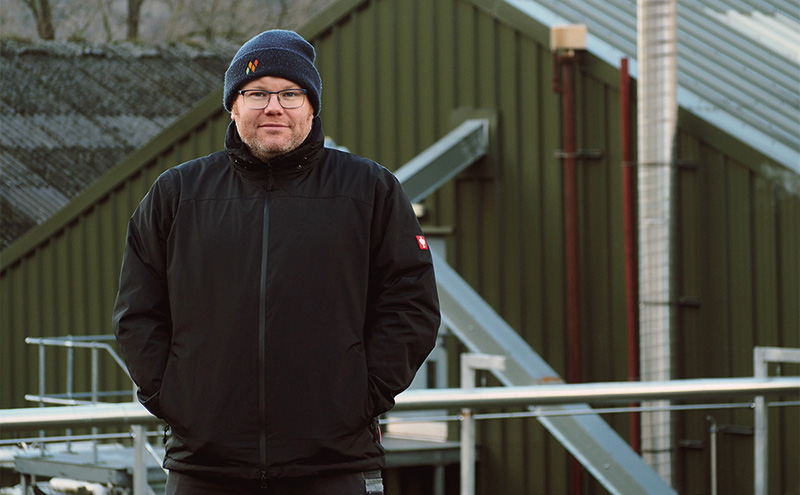 A: Fyne Ales is a farm brewery located at the head of Loch Fyne on the west coast of Scotland. The glen has been home to a working farm for hundreds of years, and the brewery, which was founded in 2001, has taken over some of the old buildings in pursuit of producing the best beers in Scotland.

Q: How long have you worked with Fyne Ales?

A: After leaving school, I wanted to do something that was practical and scientific in nature – brewing seemed like a good fit! I graduated from Heriot-Watt’s Brewing & Distilling course in 1998 and spent a few years cutting my teeth before joining Fyne Ales in 2005. When I started at Fyne Ales, we were a three-man team and we were incredibly busy, especially if [brewery founder] Tuggy pulled one of us out of the brewery to help with the calf tagging or another farm job! I worked my way up the ranks over the years as the team grew, and was appointed head brewer in 2012.

A: There’s a few interesting things about the way we brew up in Glen Fyne. One is that all our brewing water is drawn from the hills adjacent to the brewery – we have no mains water, so we rely on the rain for brewing and, luckily, the hills are peat-rich so there’s a pretty constant supply. We also operate two breweries, with a 10BBL kit in an old dairy building and a state-of-the-art 40BBL kit in a converted sheep shed. We installed the new, larger brew kit in 2014 to cope with demand for our core beers, but kept the original two-vessel system going so we had a facility to brew small-batch specials, to try out new recipes and, most recently, explore mixed culture fermentation and barrel-aging with our Origins Brewing project.

A: There’s not many constants in the role of head brewer other than work starts at 8am, usually with a coffee and a catch-up with the team to make sure everyone knows what’s on the agenda for the day. After that, my day can consist of all sorts – from negotiating contracts with suppliers, developing recipes, and giving tours to visitors, to moving beer around with the forklift or washing casks. 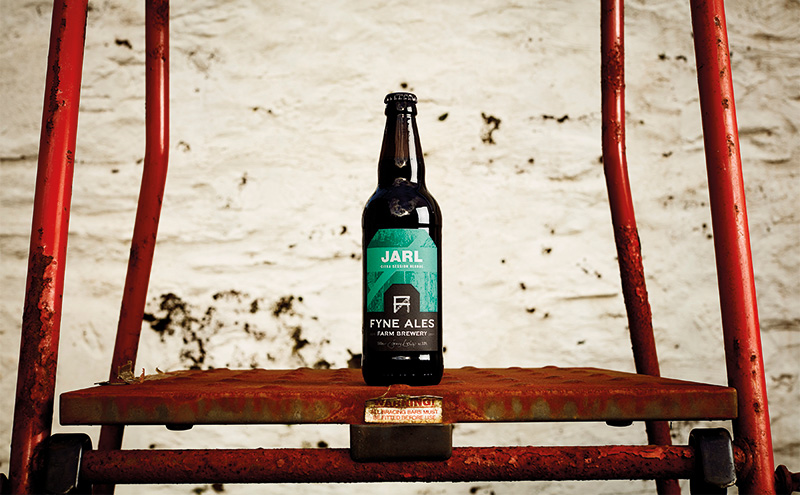 A: There’s a real diversity to the beers we brew at Fyne Ales – everything from traditional British-style ales through to experimental sour and mixed fermentation beers. We’re best known for Jarl, our flagship session blonde ale which is a showcase for fruity Citra hops. Quite a few of our year-round range are characterised by their use of fruit-forward, new world hops. On the other hand, we love to try out new recipes and ingredients with our specials.

Q: What would you say sets your products apart?

A: We’re proud to have been doing things our own way since 2001 – we’ve never been the brewery to jump on the latest hype, trend or fad in brewing and even now, in a competitive industry, we still try to do things in a way that is honest and authentic.

Q: What one fact should bartenders know about your products?

A: We’re all about quality – our beers have won over 200 awards (and counting) in regional, national and international beer competitions.

A: Sharing beer I’ve made with people and seeing them enjoy it.

A: This is going to sound like a plug, but for me the best place to enjoy our beer is at our festival, FyneFest.

A: Commissioning the new brewery – it was a huge project and I was involved from the beginning, working with our MD Jamie through months of planning and meetings and building works. Seeing it come to life, and actually being able to brew on the kit was a really satisfying feeling – it felt like a big milestone for us.

A: I’ve got a lot of time for breweries like Hawkshead and Thornbridge, who, like us, have been around a while and have grown significantly while remaining true to themselves and what they do. On the other hand, the energy and enthusiasm of young breweries, especially in Scotland, continues to blow me away – breweries like Fierce and 71Brewing who have rolled their sleeves up to achieve a huge amount in a small amount of time is certainly admirable.

A: I’ve been fencing since I was a teenager and still practice every week. When the weather permits, the lads from the brewery have a weekly game of five-a-side. I’m also a keen reader – both my parents were English teachers, so they instilled a love of literature in me and reading helps me unwind at the end of a busy day.

A: I’d take Iron Maiden’s Bruce Dickinson to The Laurieston in Glasgow for a couple of pints of Avalanche. If I’m not allowed to drink my own beer, any pub with a decent beer garden and well-kept cask would do us nicely, I’m sure. 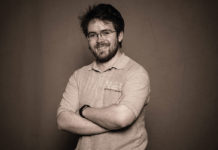 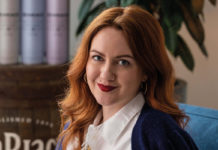 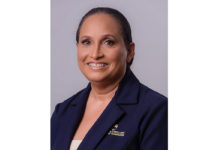