Survey underlines need for variety of options in Scottish pubs 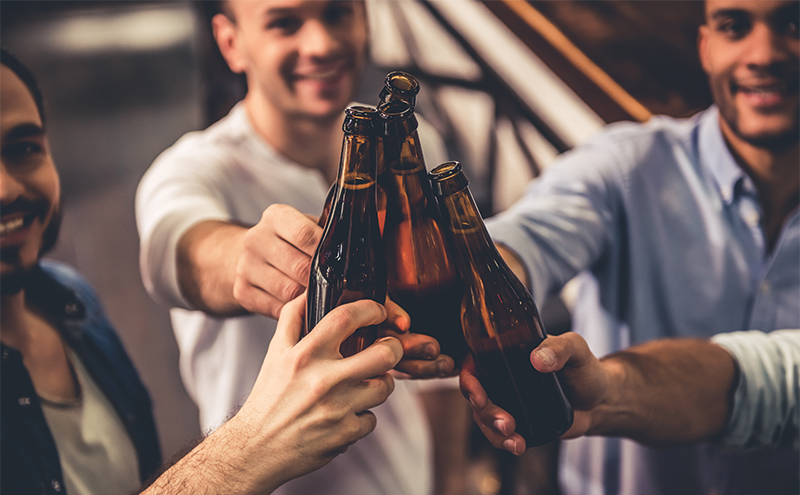 SCOTTISH operators should give greater thought to lower ABV beer options when reviewing their drinks offer in the new year, according to new research into drinking habits from Carlsberg UK.

The Low Alcohol Beer Survey, which was commissioned by the beer firm and carried out by market research company OnePoll, revealed that 61% of Scottish consumers have tried a low or no-alcohol drink and more than half of Scots are trying to drink alcohol less.

Comprised from responses from a cross-section of 2000 adults in the UK, the research found that over 50% of respondents north of the border agreed that it has become more socially acceptable to drink low and no-alcohol products in the past two years.

Over a quarter of drinkers asked indicated a willingness to order alcohol-free beer as either an alternative to alcohol (28%) or a soft drink (26%).

The study also delineated differences in attitudes towards alcohol between men and women.

Thirty-five percent of women reported that they had become more conscious about their alcohol intake over the last two years compared to 30% of male respondents.

Additionally, men were found to be more likely to drink low or no alternatives at home. Conversely, women were likelier to order it on a night out.

Liam Newton, vice president of marketing at Carlsberg UK, said the firm is augmenting its selection of low and no-alcohol options in order to take advantage of the rising trend.

“The growth of low and no-alcohol is something we’ve seen a lot of recently,” he said.

“The UK has long been a nation known for its love of beer but we have seen a step-change in people’s attitudes towards moderation when it comes to drinking.

“Sixty percent of UK drinkers have tried a low or no-alcohol alternative and over 40% of respondents are actively trying to reduce their alcohol intake.

“Through our consumer research, we’ve been aware of this trend for some time, and as a result we are increasing the number of low or no-alcohol alternatives in our range.”

The survey comes a year after Carlsberg launched its Together Towards Zero sustainability initiative.

The scheme included a commitment to offer an alcohol-free alternative, such as its Carlsberg and San Miguel 0.0% variants, for consumers wherever its alcoholic options are available by 2030 to expand customer choice and help eliminate irresponsible drinking.