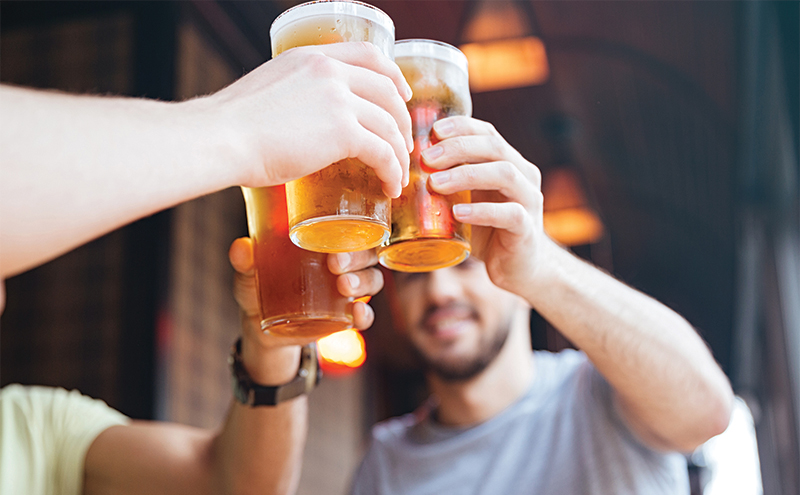 WITH many pub customers bearing fresh new year resolutions, it can pay off to stock a wider range of lower calorie and lower ABV drinks this January.

That was the message from drinks firms, who told SLTN that demand for healthier options is up across the board – and likely to remain that way year-round.

“On the back of this and as people kick-start health regimes, low-alcohol drinks will definitely see strong interest – but this is a category for the whole year, not just January.

“Whether it’s because of giving up, driving, sport or because [consumers] like the taste, the low-alcohol beer sector in particular offers fantastic opportunities for licensees.”

Jason Clarke, co-founder of Genius Brewing, producer of a low-calorie beer, agreed, stating: “When customers ask for a ‘healthier option’, it doesn’t necessarily mean they don’t want any alcohol.

“In particular, drinkers of premium lagers and craft beers have a quality expectation they won’t want to compromise to drink more healthily.”

It’s a similar story with soft drinks, according to Amy Burgess of Coca-Cola European Partners (CCEP), who said the growing importance of the category to the on-trade is intrinsically linked to health.

“For a few years now we’ve talked about how operators should focus on the rise of the teetotal consumer – and this is even more important during Dry January,” said Burgess.

However, she stressed that generally consumers “are on the hunt for low-calorie and low-sugar alternatives, without having to compromise on quality and taste”.

Burgess added that operators can improve the perception of their venue’s soft drinks offer “by serving drinks in their own branded glassware”.

It’s important that consumers who avoid certain foodstuffs, such as gluten, are also catered for, reckons Alan McGarrie of Tennent’s.

He said gluten-free beer “appeals to a wide range of consumers and is a great option for coeliacs – those who are gluten intolerant, those who avoid gluten as a lifestyle choice and, of course, people who are looking for a great tasting beer”.

McGarrie added that providing a diverse range of drinks options “has never been more important when catering for modern consumers”.

Once a bar has a varied range in place, harnessing social media is crucial to reaching new customers, reckons Burgess of CCEP.

“For licensees, social media is a great way to reach new audiences and encourage visits by promoting special offers, events and menu items,” she said.

“Creating a brand page on social media gives licensees a platform to show off their creations and could help attract new guests.”