The pursuit of better health is driving low and no drinks sales, operators say 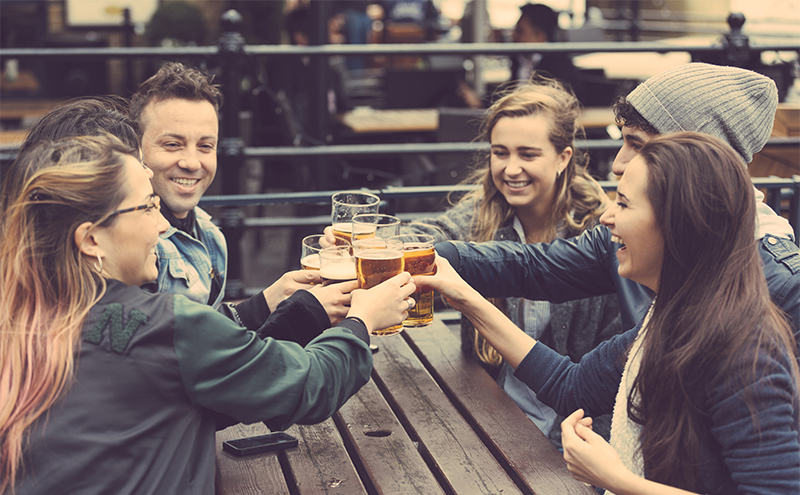 YOUNGER consumers are driving demand for – and sales of – healthier options in pubs and bars; namely, lower calorie and low and no-alcohol drinks.

That was the consensus amongst operators contacted by SLTN, who reckon health is a trend that’s continued to grow in recent times – and must be reflected in the drinks ranges in bars.

Matthew McKean of The Crown Inn in Biggar said the pub’s sales of low and no products have “absolutely” increased, with younger people in particular ordering low-ABV and lower calorie beers and ciders.

“I think a lot in the 18 to 25 range are now the ones drinking non-alcoholic stuff,” McKean told SLTN.

“They’re the ones that are bar-calling the light beer; we’re seeing a change within that. Over the past two months we’ve had growing bar calls for a light beer on draught, so I’m putting in Bud Light because I think the whole trend is changing towards lighter, more non-alcoholic beers as people are becoming a bit more health conscious – especially in the younger generation.”

O’Donnell told SLTN that the bar has more requests for no-alcohol as opposed to low-ABV alternatives, which he reckons is due to the stricter drink drive limit.

“[Low] tends not to sell quite as well because people would prefer to go with the zero per cent,” he said.

“If they’ve got the car, a designated driver, I feel as if they’d go for the zero rather than the low.”

However, there are wider changes also taking place, reckons O’Donnell.

“I think it’s a mixture of things – obviously the drink drive limit is way down these days and also there’s more of a responsible drinking culture; I see it more in the younger generation.”

A growing wave of health-conscious consumers is behind the rise in low and no sales at The Black Cat in Edinburgh, according to general manager Jane Nolan.

She told SLTN that the bar’s low and no range is switched up regularly.

CGA reported that low and no-ABV drinks were worth around £2.7 million in the Scottish on-trade in 2018.