Challenge issued for a meat-free start to the year 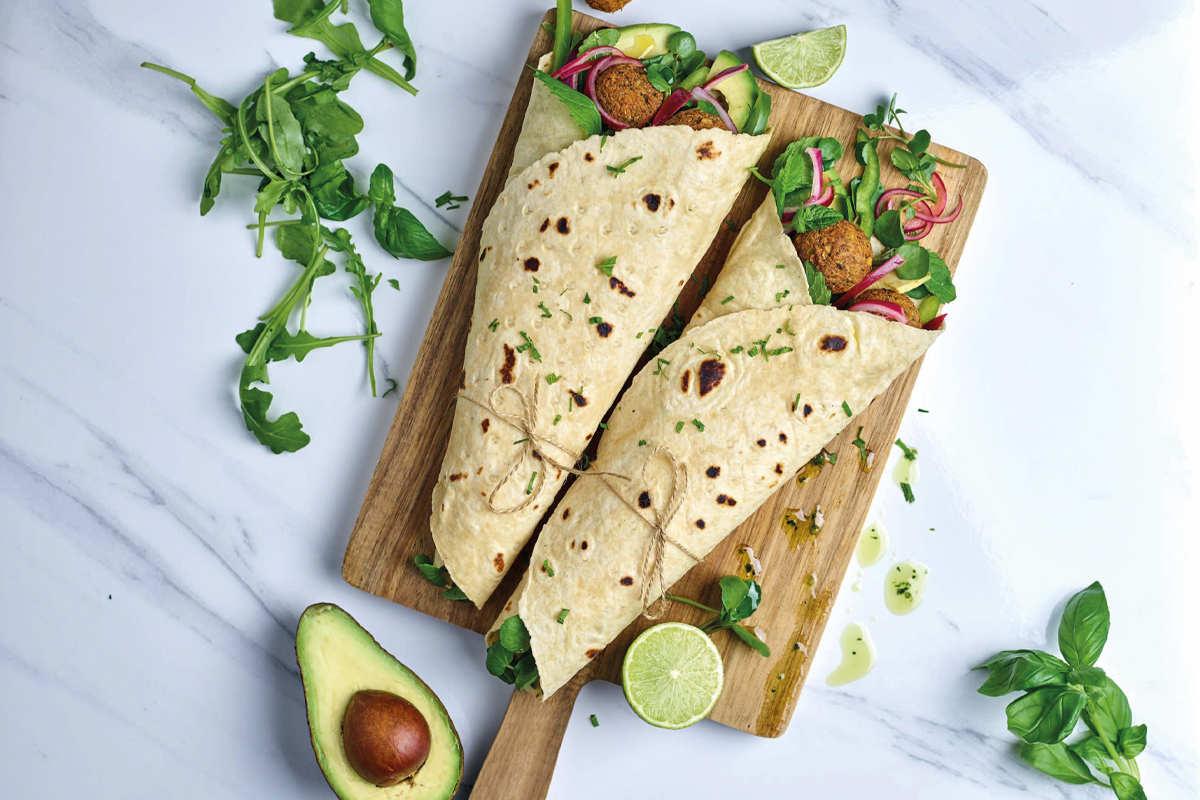 IN a bid to encourage more people to try a plant-based diet and inspired by the ongoing success of Movember, a worldwide movement has named the first month of the year Veganuary.

So, just how prepared is the trade in Scotland for a rise in demand for meat-free meals?

In the top ten list of vegan cities in the UK, based on the number of restaurants per head of population catering for vegans, Edinburgh came seventh and Glasgow took eighth place while London didn’t make the list.

The survey described Edinburgh as boasting “a vibrant student life due to its four international universities” and that it has an impressive number of vegan-friendly eateries and shops.

Turning its focus on Glasgow, Happy Cow found that the “home of the famous Glasgow patter” is experiencing ever-growing popularity for veganism.

It highlighted Black Rabbit in Brougham Street as a highlight of vegan dining in Edinburgh, saying: “The national dish of Scotland is haggis, but thankfully this café offers a vegan alternative in a ‘toasted haggis and cheese sandwich’ for £4.50 or ‘haggis and bakon roll’ for £3.”

Moving west, it chose Suissi Vegan Asian Kitchen on Dumbarton Road as a Glasgow star, adding: “The menu features a range of dishes from Chinese to Thai, including spring rolls, gyozas, noodle soups and pad thai – all entirely vegan.”

Research carried out for online reservations service, Bookatable, has revealed that providing sustainable food options plays a major part in diners deciding which restaurants to visit.

Putting the question to senior restaurateurs, the survey concluded that 70% of customers are looking for sustainable choices, 70% want healthier food and the availability of high welfare meat and animal products influenced 63% of potential customers.

Vegan and free-from food don’t need to be difficult anymore and there are some easy switches.

Reducing food waste was important to 55% of diners and 69% were concerned about the provenance of ingredients.

These statistics were backed up by Gordon Lauder, managing director of frozen food distributor Central Foods.

He said: “[YouGov] figures show that around 600,000 people in the UK are now vegan, that 14% of the population considers themselves flexitarian and 22% of meat-eaters regularly enjoys meat substitutes, so it really is a key sector of the food service industry.”

As the demand for vegan dishes grows, fuelled by increasing health consciousness, Niall Deveney, marketing manager at Dunns Food and Drinks, stated that going vegan as well as catering to them well, either for a month or permanently, is becoming easier.

He said: “With lots of options, vegan and free-from food don’t need to be difficult any more and there are some easy switches.

“The availability of products means that the demand is more demanding. Consumers appreciate operators who make their range stand out by matching the quality of the dish to the rest of the menu.

“Staff are also crucial – they need to be aware of ingredients and allergens and can also help to promote the new menu additions.”

For licensees looking to provide options for those consumers seeking to make the switch to a plant-based diet this January, Aaron Goldstraw, head of purchasing at Oliver Kay Produce, part of the Bidfresh Group, reckons such options should be easily visible on menus.

He said: “Help support customers looking for healthier options and those taking part in Veganuary by ensuring dishes meeting their needs are really prominent on menus, such as in a bold box-out section, and featured on special boards.

“It’s also key that vibrant images of tempting healthier dishes and the colourful fresh produce being used to create them are frequently featured on social media channels during January, so customers know that a night on a diet, doesn’t need to mean a night in.”

Goldstraw also said vegan options should be given plenty of personality on menus too, such as a winter salads section being described as “salads too sexy for rabbits” or vegan desserts marketed as “no-guilt puds”.

Away from food, catering to vegans looking to enjoy wine over Veganuary can be similarly straightforward, according to Jessica Smith, marketing executive at Continental Wine and Food.

She said: “It is relatively easy to find vegan alcohol. The reason some wines are not vegan is because of the ‘fining process’ used in filtration. Many fining agents are derived from animals such as bone marrow, isinglass and casein.

“Thankfully there are common fining agents that are animal-friendly which gives certain wines the vegan seal of approval, such as limestone.”

Finally, with recent controversy over the preparation of vegan food being cooked on the same grill at a fast food chain making headlines around the world, Smith said operators must be careful to avoid cross-contamination.

She said: “Making a dish vegan from the start is the best way to keep things simple and inclusive, as swapping out ingredients to make a meal vegan can be confusing for customers and staff.”