THE Scottish Government’s decision to increase the business rates poundage at below-inflation levels in 2019/20 has been broadly welcomed by trade bodies and business groups – but many say its measures do not go far enough to address the problems with the current system. 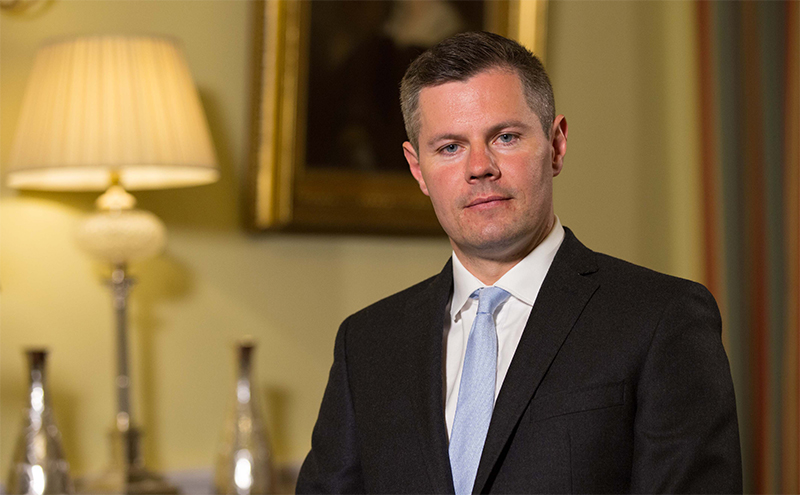 Finance secretary Derek Mackay (pictured) laid out in the draft Scottish Budget that Holyrood will introduce a below-inflation increase of 2.1% in the non-domestic rates poundage, which is used to calculate business rates bills, from 48p to 49p in 2019/20. He also pledged to extend the transitional rates relief cap for the hospitality sector until 2022.

The Scottish Government said the 2.1% poundage increase means that 90% of businesses in Scotland would be charged a lower rate than the rest of the UK. However, the Large Business Supplement – applicable to businesses with a rateable value of more than £51,000 – will remain a 2.6p poundage supplement, according to the draft Budget; this supplement is 1.3p in other parts of the UK.

Mackay also confirmed that the poundage rate would continue to rise in line with CPI (Consumer Price Index), rather than RPI (Retail Price Index) inflation, for the remainder of the current parliamentary term, which runs until 2021; historically, CPI has been lower than RPI.

Other measures include a £50 million fund to support Scotland’s high streets.

The draft Budget has met with a mixed response from trade bodies and business groups.

While Paul Waterson of the Scottish Licensed Trade Association (SLTA) welcomed some of the measures, he told SLTN that the rates poundage “is a bit of a red herring” as there was no real clarity on what will happen to the overall business rates system beyond the current cycle, which runs until 2022, when the current rates increase cap for hospitality businesses will come to an end.

“It’s great what they’ve done so far, but we need clarification going forward.”

Similarly, Tom Stainer of the Campaign for Real Ale (CAMRA) said the extension of the transitional business rates relief cap “is only a sticking plaster”.

“It does not change the fundamental problem that pubs are unfairly taxed in the current business rates system,” he said.

“We are calling for the full reform of the system needed to give pubs a fair deal and save them from extinction.”

The Scottish Tourism Alliance also pointed to its joint campaign with the SLTA and UK Hospitality to overhaul the way in which business rates are calculated.

But it said the announced cap on the rates poundage rise at below-inflation levels is “hugely welcomed” – and said that the commitment to provide local governments with a real terms increase in total overall funding “will provide solutions to many of the issues which are prompting local authorities to seek additional revenue raising powers, specifically in the form of a tourism tax”.

Andrew McRae, the Federation of Small Business’s policy chair, described the Budget as “a mostly savvy Budget proposal that should give smaller firms some much needed stability”.

He said the below-inflation increase in business rates “will give many smaller firms outside existing help much needed breathing space”.

Derek Mackay said the measures in the draft Budget “will support businesses, contribute to economic growth, boost employment and generate the revenues that enable continued investment in public services”.