THE sixth release in the Glengoyne Teapot Dram series has been released by parent firm Ian Macleod Distillers.

Teapot Dram Batch No. 006, which is matured in first-fill Oloroso sherry oak casks and bottled un-chill filtered at cask strength (59.3% ABV), is described as featuring a “rich, amber hue” and notes of cinnamon, marzipan and cloves.

The Teapot Dram series has been created in tribute to an old Glengoyne tradition: it is said that until the 1970s, workers would be given three fingers of whisky, three times a day. 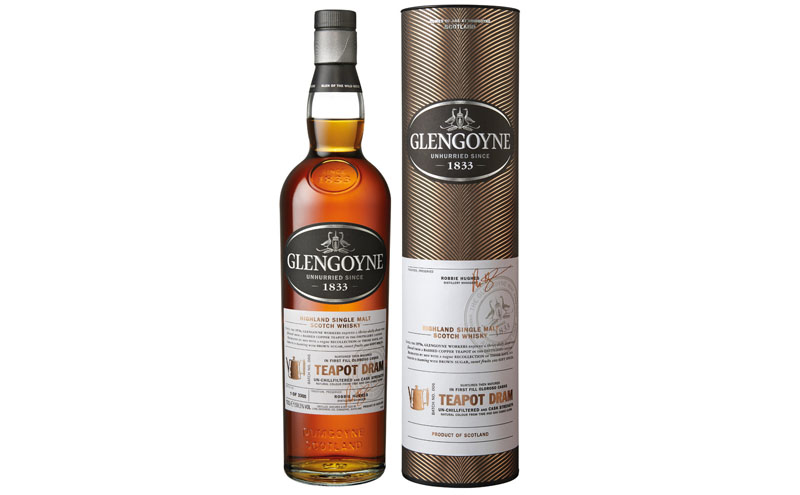 Whisky from first-fill Oloroso sherry casks was the malt of choice for the distillery workers’ drams; less seasoned stillmen “would, to save face, discreetly pour some of their untouched drams into a copper teapot which sat on the canteen windowsill, ready for their older colleagues”, according to Glengoyne.

Katy Macanna, brand manager for Glengoyne, said: “The Teapot Dram is a firm favourite amongst Glengoyne fans, and we’re delighted to share the latest release in the series.”

Commenting on the importance of the malt brand’s heritage, Macanna added: “Our team is a vital part of that history, and the Teapot Dram series helps to tell the story of one of our old and most treasured distillery traditions.”