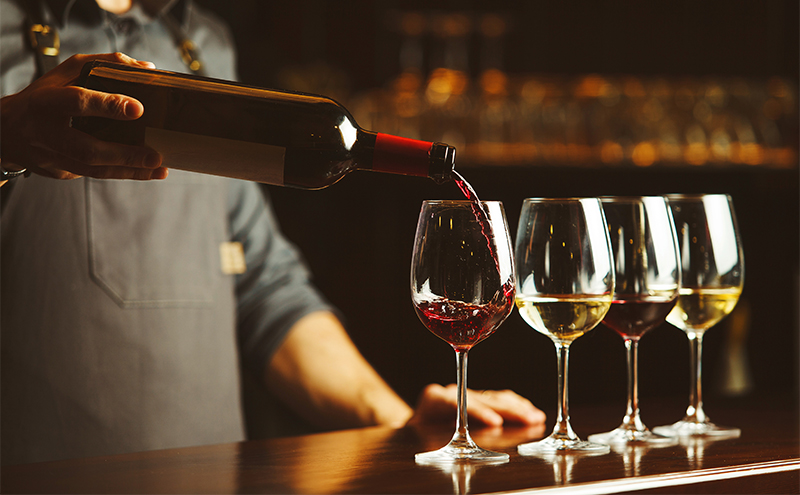 A CATEGORY that can be as important as it is intimidating, wine is one of the most popular drinks in Scottish premises, with CGA figures putting the segment at a value of well over £400 million.

While popular styles such as Malbec, Cabernet Sauvignon and Pinot Grigio continue to be popular with bar and pub customers, suppliers said consumers are also experimenting with new styles as well as wines from a broader range of countries.

Whereas European countries such as France, Spain and Italy are synonymous with quality wine, drinks companies reported this year that there had been growing interest in wines from countries such as Romania, Bulgaria, Georgia and Moldova.

Nick Tatham of Continental Wine & Food said wines from these countries “have the capacity to attract reasonably savvy wine drinkers who wish to diversify and be amongst the first to explore new regions”.

English sparkling wines were also said to have performed well in the course of the year.

“With excellent quality and consumer awareness increasing (but still far to go), it’s still incredibly exciting to consider the potential English sparkling wine can achieve in the future,” said Jamie Avenell of Bibendum.

In fact, Mike Stewart of Liberty Wines argued that licensees could be limiting their wine sales by concentrating only on the well-known varietals and countries.

He advised operators to stock lesser-known varieties as house wines, with the better-known styles at a higher price; if customers are choosing their wines on price they will opt for the house wines, but if they want well-known varietals they will trade up.

“When selecting well-known varietals, buy an excellent example, and not necessarily the cheapest,” said Stewart.

“This will help consumers to move up through your list.”

Ultimately, the best wines to stock will vary depending on the outlet, and so expert advice was recommended.

Jon Harris of Hallgarten & Novum Wines said specialist suppliers “are able to bring focus and training to a very important source of revenue – and a good one should be able to make you more money through clever wine list design and better staff engagement”.