For many venues, it’s important to offer a mix of big brands and smaller names 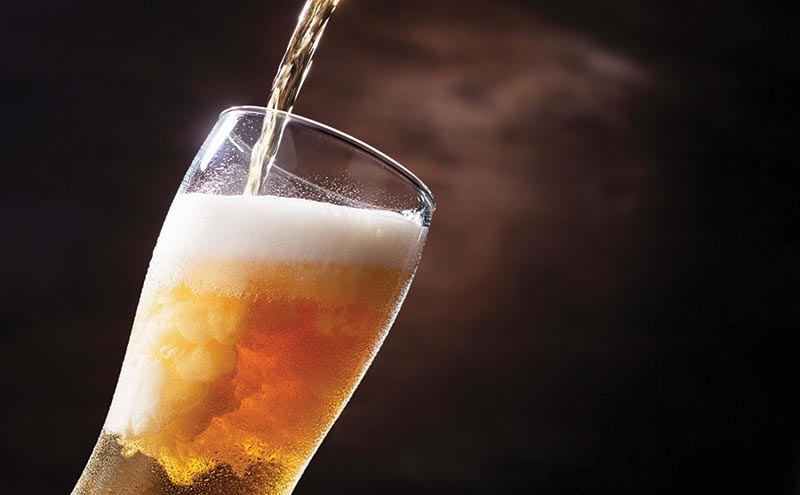 THE Scottish on-trade has seen more than its share of change in recent years, from the rise of gastropubs to the boom in small-batch gins.

The beer category has not been exempt from this evolution, as new products have emerged to challenge the established brands.

Subsequently, compiling a beer list can be a more challenging task in 2018 than it was a few short years ago, with a broad – and sometimes confusing – number of beers now on the market.

And although in beer, as with other drinks categories, there is no ‘one size fits all’ solution, brewers said that – in general – it is now a good idea for licensees to consider stocking at least a small range of craft and world beers in addition to the recognised ‘big brands’.

“In recent years, the beer market has experienced a dramatic transformation which has seen more people entering the category and enjoying the wide spectrum of beers on offer,” said Liam Newton, vice president of marketing at Carlsberg UK.

“Consumers are more adventurous with their choices and now expect licensees to stock a core range of craft and world beers, premium lagers and mainstream favourites.”

This was echoed by Iain Smith, marketing manager at Cairndow-based Fyne Ales, who said the trend towards trying new beers is not confined to aficionados.

He said: “Consumers are significantly more likely to seek out new and different beers than ever before – the leading edge of the beer industry is all about what’s fresh and exciting, and that ethos is filtering down to more casual beer drinkers who are more adventurous and willing to try new things.”

And several years into the ‘craft boom’, it is now easier than ever for licensees to compile a selection of craft beers.

Andrew Chapman, director of sales and marketing at Keith Brewery, said: “With so many wholesalers providing specific craft beer categories in their business and some even specialising in specifically craft beer only, it is easier than ever for the free trade to offer the consumer a wide choice of brands and styles.”

This is just as well, because, when it comes to stocking beers from smaller, independent breweries, licensees were advised to change up their selection often so they are constantly offering their customer base something new to try.

Gerald Michaluk, managing director of Arran Brewery, said the best way to approach craft beer is by “stocking a good range and keeping it fresh”.

“You can’t stay loyal to a few brands when your consumer is demanding choice and constant change,” said Michaluk.

Conversely, there is a sizeable share of customers who remain loyal to big brand beers, and so for most venues it is advisable to strike a balance between smaller brands – whether domestic or imported – and the bigger names.

Andrew Lawrence, sales and operations director for Scotland at Molson Coors, said that although craft beer “is creating real excitement and interest in beer”, it only currently accounts for around 8% of volumes in Scotland.

Therefore, he said, it is essential that the on-trade ensures “the balance is right between the 8% and the other 92%”.

“Ensuring the right mix of big familiar favourite brands, more premium options and products that offer something interesting and different for drinkers is key to being able to meet most people’s needs most of the time and maximise your sales in the process,” said Lawrence.

Even the best-curated beer range can fall flat if customers aren’t aware of what’s available, however, and so communicating the selection was said to be almost as important as the range itself.

Newton, of Carlsberg, said something as simple as a beer menu on a chalkboard can be a useful resource for customers, while Claire Arnott, marketing services director at Tennent’s, said more options are available from wholesalers.

“Working with your wholesaler to ensure you have up to date visibility such as POS, glassware and fonts will increase brand awareness in the bar and ultimately help to drive sales,” said Arnott.

“Signage inside and out, bar runners, drip mats, posters, etc. are just some of the ways that licensees can help to push their varied beer offerings and keep brands front of mind.”