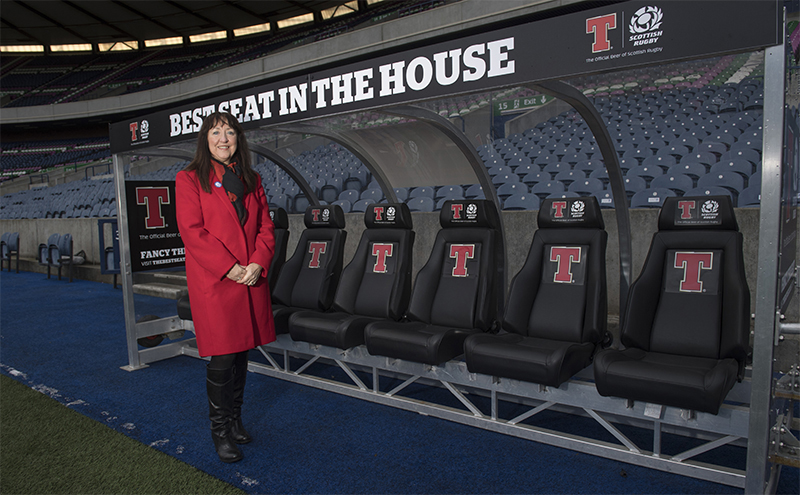 LICENSEES have the chance to win a ‘once in a lifetime’ rugby match-day experience at Murrayfield through a charity raffle run by Tennent’s.

With this season’s Autumn Test games fast-approaching, Tennent’s is raffling the ‘Best Seat in the House’, giving rugby fans the chance to sit pitch-side at Murrayfield alongside Scottish rugby star Rory Lawson at one of Scotland’s upcoming matches, against South Africa or Argentina on November 17 or 24 respectively.

Proceeds from the raffle will be split between licensed trade charity The Ben and The Bill McLaren Foundation, which aims to support grassroots rugby across Scotland.

Alan McGarrie, group brand director of Tennent’s Lager, said: “It’s fantastic to be marking Tennent’s Lager’s continued partnership with Scottish Rugby by offering a once in a lifetime prize to rugby fans, while raising vital funds for our chosen charities.

“We encourage rugby fans to get involved and dig deep to be in with a chance of winning.”

Raffle tickets can be purchased until Friday November 9 at thebestseat.co.uk