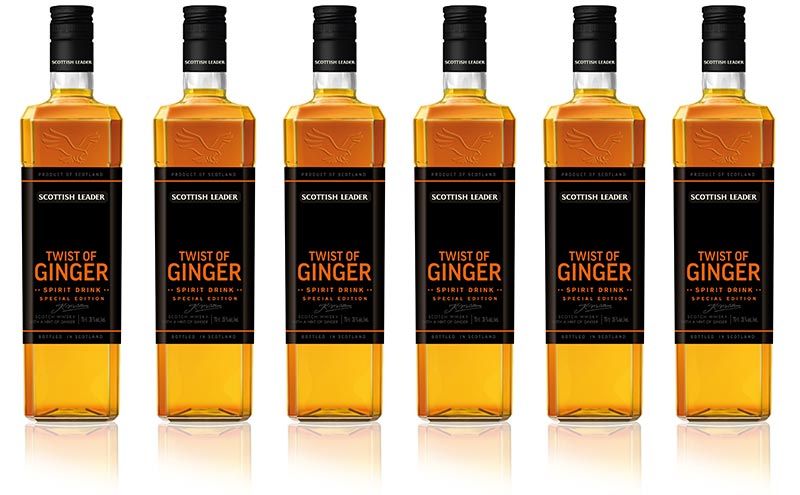 THE firm behind blended Scotch whisky, Scottish Leader, has launched a new variant infused with ginger in an effort to broaden the brand’s appeal.

Designed to build on the popular pairing of whisky and ginger ale, Twist of Ginger is described as a 35% ABV spirit drink with a base flavour of blended Scotch.

“The rising popularity of flavoured gins and rums has now infiltrated the world of whisky and created some exciting new opportunities,” said blender Dr Kirstie McCallum.

“With Scottish Leader’s Twist of Ginger, we aimed to create an upmarket flavoured whisky that will appeal to traditional blend drinkers, as well as reaching an untapped consumer market.”