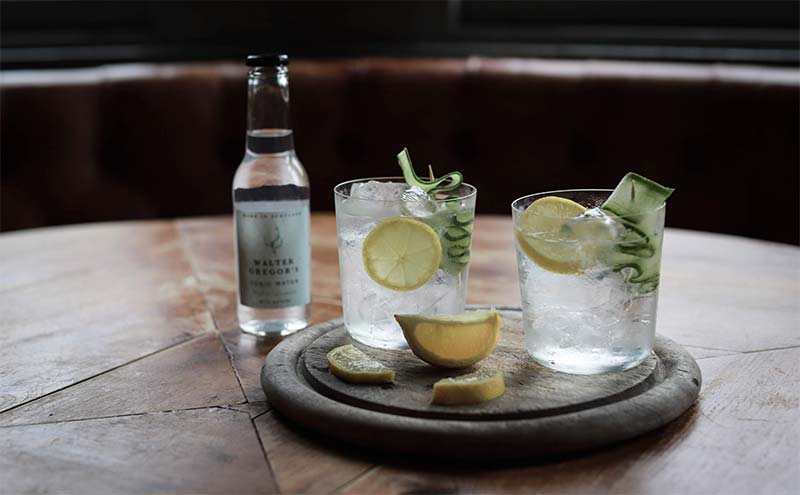 THE producer of what’s claimed to be the first Scottish tonic water has added four new flavoured variants to the range.

Walter Gregor’s Original tonic, which is made in Pitsligo in the north east of Scotland and takes its name from a 19th century minister whose garden is now used to grow many of the botanical ingredients for the tonic water, has been joined by Cucumber and Mint, Scottish Raspberry, Apple and Cinnamon, and Spiced variants – and the branding across the full range refreshed.

“We have now expanded into a small but beautiful selection of tonics: Original, light and refreshing Cucumber and Mint, juicy Scottish Raspberry, autumnal Apple and Cinnamon, and Spiced – a perfect pairing for darker spirits.

“Our range of tonics is truly hand-crafted; we have a small team who grow the botanicals in Walter Gregor’s walled garden and bottle the drinks in a converted steading a few fields away from his old manse. We’ve put love and care into our new range of tonics, and our fresh natural ingredients will enhance your gin and tonic, or provide an inspiring mixer for cocktails or other spirits.”