New operator sought for The Royal Hotel in Comrie 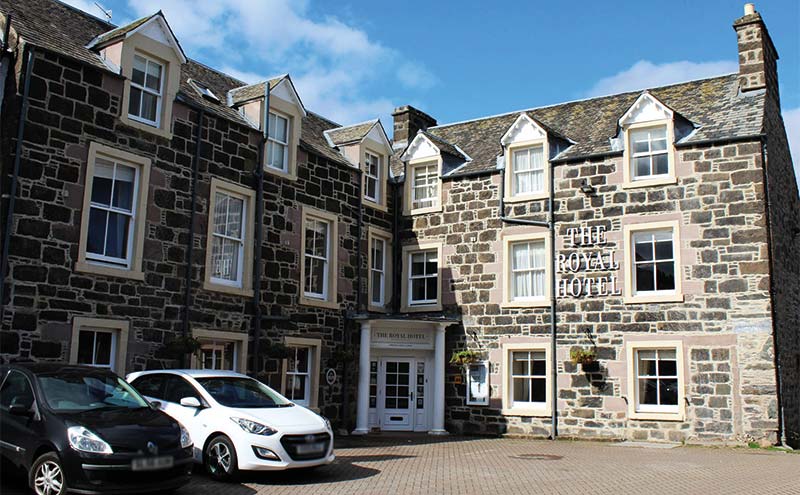 A VILLAGE hotel which dates back to the 18th century and is said to have been bestowed its name by Queen Victoria is up for sale.

The Royal Hotel, situated in the village of Comrie, near Crieff, was restored by its owners in 1996 and occupies a “prominent” position in the village square, with Comrie itself on the main tourist route between Perth and Oban; this is said to create “ample opportunities” for passing trade.

Additionally, the hotel houses two-bedroom owner’s accommodation – and a further four letting rooms are contained within Melville House, the business’s self catering holiday cottage situated opposite the main hotel building.

The Royal Hotel’s 54-cover brasserie and restaurant, which is headed by chef David Milsom – who has been recognised with an AA rosette for his dishes – is said to have built up a reputation for fine food.

Stuart Drysdale, director at Christie & Co, who is handling the sale, said: “The Royal Hotel offers a unique opportunity for either an experienced operator or family business to take on a well-established, turnkey operation with ample scope to expand.

“Its ideal location in the stunning Perthshire countryside would be a draw for any potential buyer and we anticipate this fantastic hotel will garner strong levels of interest.”

Offers in excess of £95,000 are sought for the leasehold interest.