Despite the craft revolution, the biggest players retain their top spots 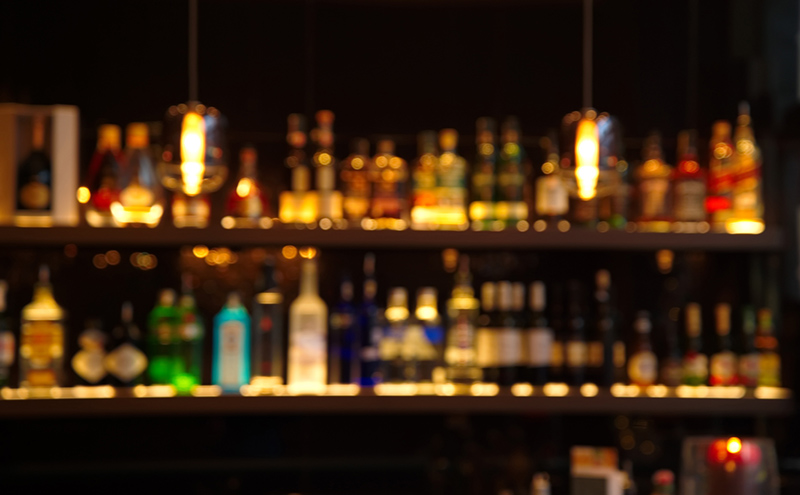 ON the surface, all’s quiet on the northern front, with the five biggest-selling drinks brands in Scotland’s pubs and bars holding their positions for another year. But the calm at the top end of this year’s Top Brands list belies the turbulence just beneath the surface.

The rise of craft beers and small-batch spirits has had a marked impact on the way many pub customers choose their drinks, and Scotland’s pub and bar operators – as well as the drinks companies that supply them – have had to adapt.

However, reports of the death of the big brand are greatly exaggerated.

Even a cursory glance through this year’s Top Brands list shows that, despite the growing popularity of smaller, local producers, the big boys are still very much in charge.

Tennent’s Lager, Smirnoff, Guinness, Captain Morgan and Carling remain the five most popular drinks brands in the Scottish on-trade, holding their positions from last year. Further down the list, however, things are a little less stable, with some brands having made significant progress in the past year while others have seen performance drop.

As in previous years, the data for the Top Brands list was compiled by CGA from more than 5000 sources, including sales data from a range of different outlets, wholesalers and distributors.

In the majority of cases each listing represents the full ‘brand family’, but where a specific product has achieved significant sales that product may be included separately.

Readers should also be aware that CGA’s research model is adjusted regularly, at which point historic sales data is reworked using the new model. This means there can be no direct comparison with last year’s SLTN list. 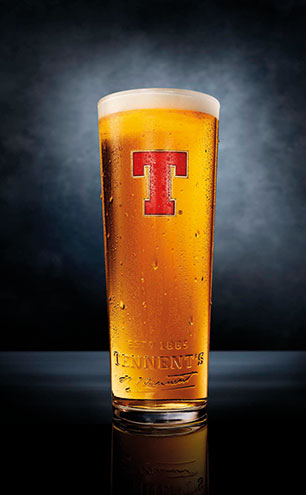 QUALITY has been the name of the game for Tennent’s this year.

Wellpark has long been a champion of cellar management in the on-trade, but this year the brewer has stepped it up, launching a dedicated Tennent’s Lager Care campaign that has seen it establish a new training programme – which is free for licensees and their teams to access.

Elsewhere, Tennent’s has continued to keep its presence on the bar fresh with special edition fonts as well as extending its sponsorship of Scottish Rugby. 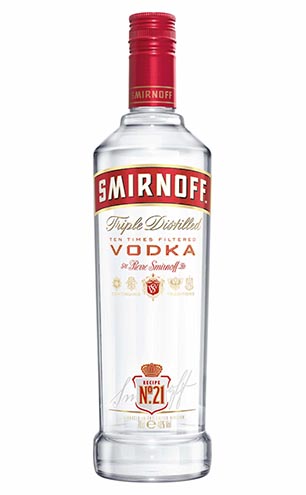 THE Smirnoff team never shrinks away from tackling the big issues.

Last year brand owner Diageo launched a campaign tackling LGBT+ hate on social media. This year, a global campaign with Spotify promoted equality for female musicians around the world, after the streaming giant revealed that none of the top ten most streamed tracks on its platform were by women.

In Scotland, Smirnoff remains the most popular vodka brand in the on-trade. 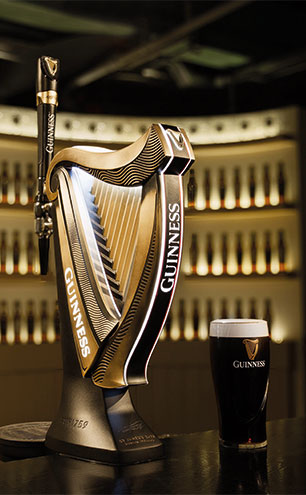 TO say the new Guinness font looks distinctive is something of an understatement.

The grandiose, harp-shaped fixture – which was launched earlier this year – should leave customers in no doubt as to whether the outlet they’ve walked into stocks the ‘black stuff’. 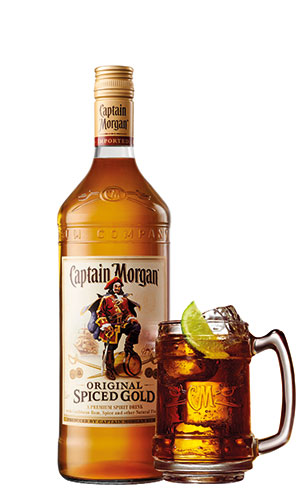 GIVEN the well-known Scottish sweet-tooth, it should be no surprise that Captain Morgan continues to rule the high seas of the rum category.

In a song penned for the campaign titled Live Like a Captain, Leshurr examined the pitfalls of excessive drinking. 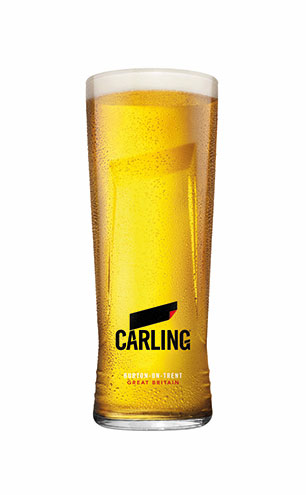 THE biggest-selling beer in the UK overall, and the second-biggest in Scotland, Carling continues to be a powerhouse brand in bars and pubs.

This summer Molson Coors stole a march on some of its rivals during the CO2 shortage because the firm’s high-tech Burton on Trent facility produces its own CO2, meaning production of its flagship lager could continue. 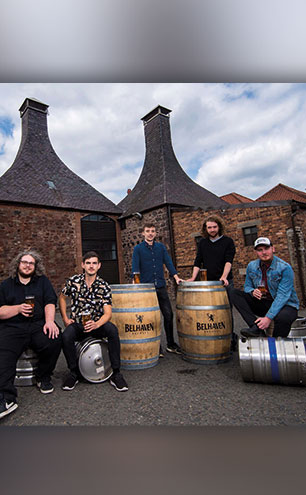 IT’S shaping up to be a busy year for Belhaven.

In May the Dunbar brewery – which will turn 300 next year – was awarded the highest rating for food safety by the British Retail Consortium.

This was followed a month later by the launch of a new marketing campaign for Best which saw the brand owner introduce a £25,000 bursary for Scottish folk musicians. 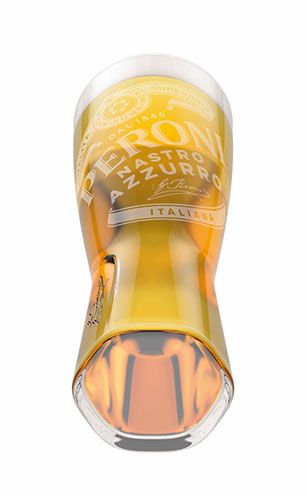 THIS year brand owner Asahi UK has been looking to reinforce Peroni’s style credentials through a campaign offering support to fashion designers.

The brand’s Fashion Studio campaign offers up-and-coming designers the chance to win a place on a mentorship programme as well as residency in a fashion studio space in London.

The brand’s distinctive glassware has also just had an overhaul, with new-look branded glasses headed to pubs later in 2018, along with new, curvier bottles. 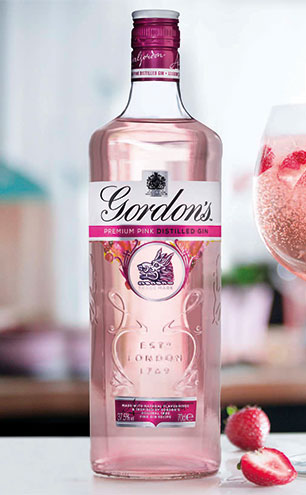 THE biggest player in a booming market, Gordon’s has moved up the rankings on this year’s list to eighth place.

Diageo has continued to invest in the brand in the past year, with the introduction of a new pink gin.

With more and more gin brands entering the market, the current boom seems to be treating Gordon’s well. 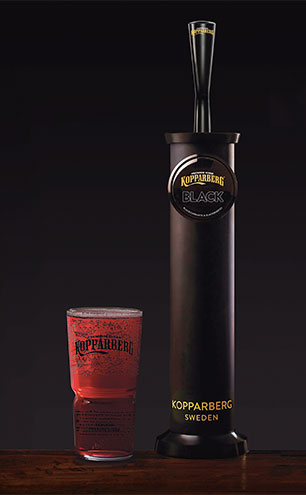 KOPPARBERG this year launched an on-trade exclusive cider in the shape of Kopparberg Black.

The new draught cider – a blend of apple, blackcurrant and blackberry flavours – appeared at a number of festivals throughout the summer and was also promoted as part of a £6 million marketing spend on the wider Kopparberg brand.

The ongoing investment from the Swedish cider maker appears to be paying off, as Kopparberg has moved up the rankings this year to become the best-selling cider brand in Scotland’s bars and pubs, according to CGA’s data. 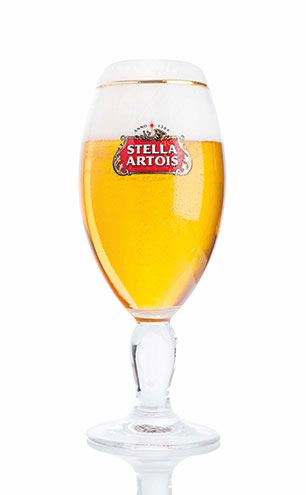 ONE of the first continental lagers to become a household name in Scotland, Stella Artois continues to be a heavy-hitter in Scotland’s bars and pubs.

A new food-pairing campaign was trialed in pubs this year, which offered customers a bowl of Halkidiki olives with every pint of Stella they purchased.

The goal, said the firm, was to promote a more continental experience that tied into the brand’s Belgian roots. 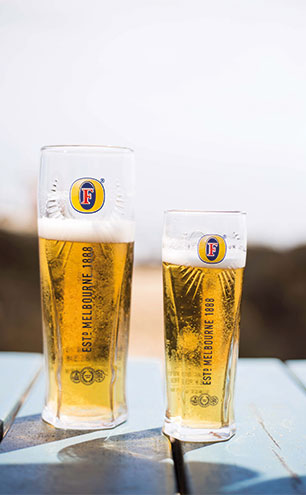 THE first of several Heineken brands to appear at the top end of this year’s list, Foster’s just narrowly misses out on a space in the top ten.

An on-trade campaign for Foster’s celebrated ‘Foster’s Fridays’, and gave pub customers the chance to win cash prizes via a scratchcard promotion. 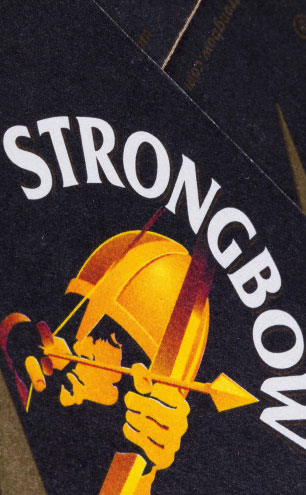 STRONGBOW may have dipped a little in this year’s Top Brands list, but Heineken’s flagship cider remains a go-to pint for many pub-goers around the country.

Heineken carries out on-trade activity for Strongbow throughout the year, with Halloween, in particular, becoming a ‘Strongbow event’ through the use of promotional materials. 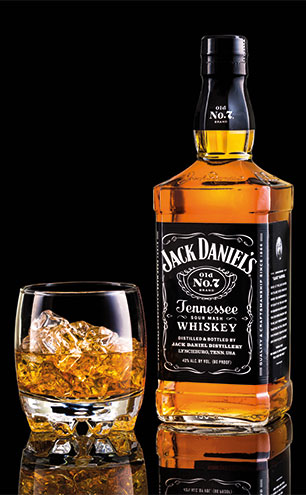 MR Jack retains his position as the most popular whisk(e)y in the Scottish on-trade, managing to appeal to everyone from music fans to cocktail aficionados.

But the good people of Lynchburg, Tennessee, don’t rest on their laurels and Jack Daniel’s continues to release new products, such as the recently introduced Tennessee Rye whiskey. 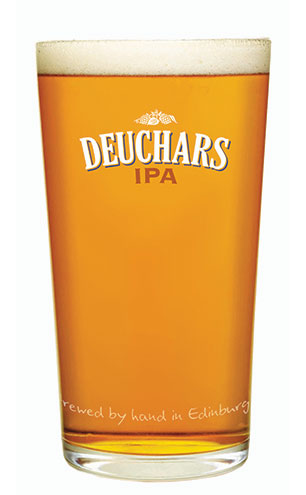 CALEDONIAN Brewery’s most famous son, Deuchars IPA, was popular with discerning beer fans long before anyone had heard of ‘craft beer’.

The Heineken-owned brand retains its position on the list this year – no mean feat given the growing competition from the many beers with ‘IPA’ in their names.

Caledonian brews a range of different beers, but Deuchars is the brewery’s best-loved export.

15. The Famous Grouse, The Edrington Group 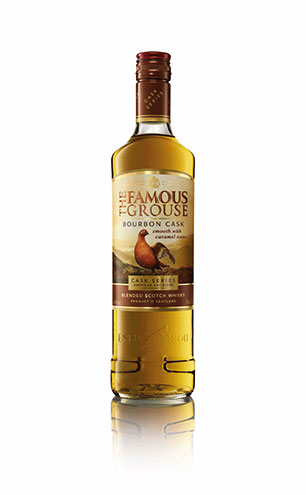 THE Famous Grouse has been a fixture in Scotland’s pubs since the 19th century, making it one of the older names on this list.

But the team behind the brand continues to innovate. This year Edrington-Beam Suntory – formerly Maxxium UK – expanded the range with the introduction of new, ‘everyday premium’ whiskies.