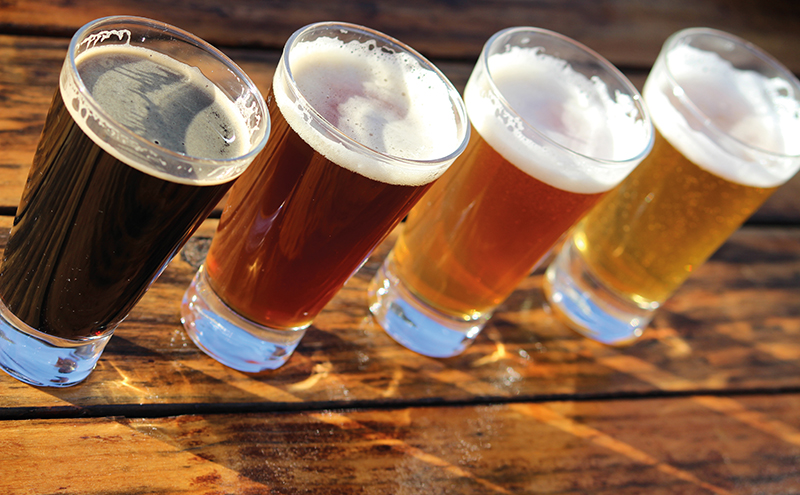 WHILE where a beer comes from has always mattered to drinkers to some extent, it’s arguable that the origin of a brew has never been so potent a selling point.

And with plenty of brewers popping up across Scotland, and quickly succeeding in winning over consumers, while at the same time the nation’s bigger brands continue to retain their top-selling positions, licensees have more and more to gain from satisfying the thirst for Caledonian beers.

“The rise of craft beer and the national and international success of Scottish craft brewers has really put the country’s beers back in the consumers’ minds and opened them up to new choices,” said Crawford Sinclair, director of sales at Innis & Gunn.

“There is a growing trend across a lot of food and drink categories for eating and drinking local produce so it certainly helps to highlight your origins in your home market.”

To meet this expanding demand in pubs and bars, the solution for operators, ultimately, is to sell a broader range of beers with authentic Scottish pedigrees and engage with such brewers, according to Iain Smith, marketing manager at Argyll-based Fyne Ales.

“There’s so much good beer being produced in Scotland that there’s no excuse for not offering a range of Scottish beers,” he said.

There’s so much good beer being produced in Scotland to not offer a range of Scottish beers.

“Talk to your customers about beers they’ve enjoyed recently and then reach out to the breweries that they mention.

“Scotland is not a big country and breweries are happy to support local outlets that are supporting them by selling their product.”

When updating a pub’s range of Scottish beers, a mix of the must-stocks alongside some variety should be foremost in operators’ minds, asserted Sinclair of Innis & Gunn.

He said: “It’s really important to get your core range right; choosing well-known brands for the most popular beer styles.

“If you want to add more Scottish beer to your offer then tap into the rising trend of rotational taps.

“It’s happened in cask for years where outlets frequently swap in brands and beer styles; the rise in availability, quality and choice of Scottish craft beer on the market has made it even easier to make this happen for keg products.”

When it comes to marketing a beer’s Scottish credentials to customers, brewers told SLTN that a considered approach to the value of identity and source was vital.

I’d encourage operators to speak to reps about the story of their beer and do their homework.

Kirsty Huddleston of Harviestoun Brewery in Clackmannanshire, maker of Schiehallion lager, reckons authenticity is crucial for brands promoting their place of origin.

She said: “Of course any on-trade operator will have their own priorities when reviewing their range, but in terms of selecting hand-crafted beers with true provenance I’d encourage them to speak to reps about the story of their beer, do their homework, find out who is in control of their ingredients and end products and can guarantee quality and traceability.

“Just being Scottish or based in Scotland doesn’t make you good.”

Smith of Fyne Ales agreed that the nature of provenance claims was important for promoting Scottish beer to connoisseurs.

He said: “We’re strong believers that where beer comes from is important – we’re proud to be brewing on a working farm in rural Argyll.

“Our challenge has always been how to relate our unique location and status as a Scottish farm brewery to our beer without resorting to gimmicks.

“For us it’s about celebrating our history and provenance in a modern and progressive way.”