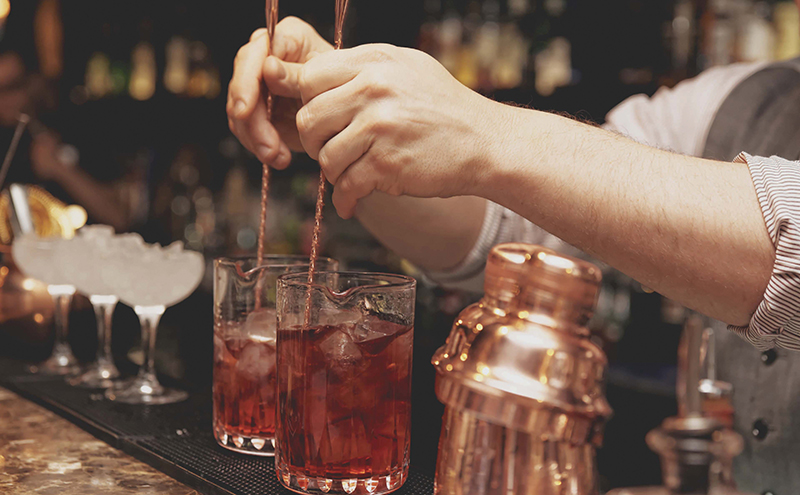 CONSUMER demand for locally-produced spirits continues unabated – evidenced by the booming Scottish craft scene, which, from gin and whisky to rum and tequila, is moving from strength to strength.

And, arguably, a great way of showcasing the unique spirits coming out of Scotland’s distilleries is in cocktails.

Speaking to SLTN, Liam Carson, assistant general manager at The Adamson in St Andrews, reckons championing Scottish spirits in cocktails is essential to tap into the growing consumer demand for drinks with local provenance.

“People are really drawn in at the moment by the small-batch names, so the likes of Isle of Harris and The Botanist,” explained Carson, who added that today’s consumers “are really supportive of local, small places and driving some money back into the local economy”.

“[Customers] are actually now more likely to go for cocktails that have those [craft] ingredients in them rather than one that has a standard [gin] or those kind of London Drys,” he said.

This is because consumers are beginning to understand that Scotland-produced spirits often offer something different, said Carson, who explained that a cocktail list which is in tune with this trend can appeal to both locals and those from further afield.

“I find a lot of Americans, when they have gin Martinis they are just getting bog standard London Dry gin in their Martini – but we’re trying to push through the likes of some of the different botanical gins for the Martinis, which offer a much more rounded flavour and complex taste in a Martini, which is great.”

Customers are actually now more likely to go for cocktails that have those craft ingredients in them.

Echoing this view, Max Macdonald, assistant manager at Scotch & Rye in Inverness, told SLTN that they work with a lot of local producers when it comes to stocking the back-bar – and it’s reflected in the venue’s cocktail list.

“We’ve got about four or five cocktails on the menu with Scottish whiskies,” said Macdonald.

And the bar’s approach is to let the craft spirits take the lead in the cocktails on offer.

“Usually we’ll try and keep the cocktails quite driven by the flavour of what we’re putting into it for the first spirit, purely because the flavours stand out so we’d rather not mask it with anything else or any [additional] flavours that are too powerful,” said Macdonald.

Another advantage to stocking locally-produced spirits is the symbiotic relationship that often arises between bars and distillers, according to Macdonald.

For instance, working with Loch Ness Gin, which is produced by Loch Ness Spirits, Macdonald said the producers were able to chat to the bar staff about the best suggested serves that would fully showcase their spirit; and, in turn, the team at Loch Ness Spirits were happy to come in and talk the team through the spirit, which ultimately helps inspire the bar’s own drinks list.

“It’s nice to actually have it broken down by someone who works in the [industry],” said Macdonald.