North Berwick producer steps up its game with new facility

SCOTTISH small-batch spirits producer NB is giving people the chance to put their feet up and enjoy a gin and tonic after opening its new, state-of-the-art distillery.

The facility, in the company’s home town of North Berwick, has been designed to be energy-neutral and features solar panels, lighting and heating as well as the ability to capture rain water for use in the condensing process of distillation.

As well as enabling the company, which was originally based in the kitchen of founders Vivienne and Steve Muir, to distill around the clock – increasing the volume of its London Dry and Navy gins and its NB vodka – the new facility includes a double retort rum still which will allow NB to produce its own rum.

The opening of the distillery follows the company’s launch into the US market.

The distillery has also been opened to the public, with visitors able to book tours and sample NB’s spirits.

Designed to be a luxury experience, the two hour-long tours culminate in drinks and canapés prepared by local chef, JP MacLachlan, who has worked with Raymond Blanc, Martin Wishart and Gordon Ramsay.

The space can also be rented for private dining.

The opening of the distillery comes shortly after NB launched its products into the US market – a move the company hopes will be worth around £4 million in sales within the next five years. 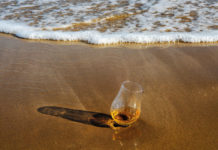 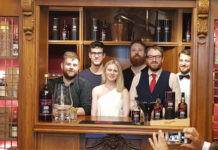 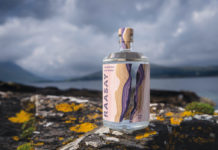