Lachlan Rooney is bar manager at The Voodoo Rooms in Edinburgh and was named SLTN Craft Spirits Enthusiast in 2017. In his new column he shares his thoughts on all things drinks-related 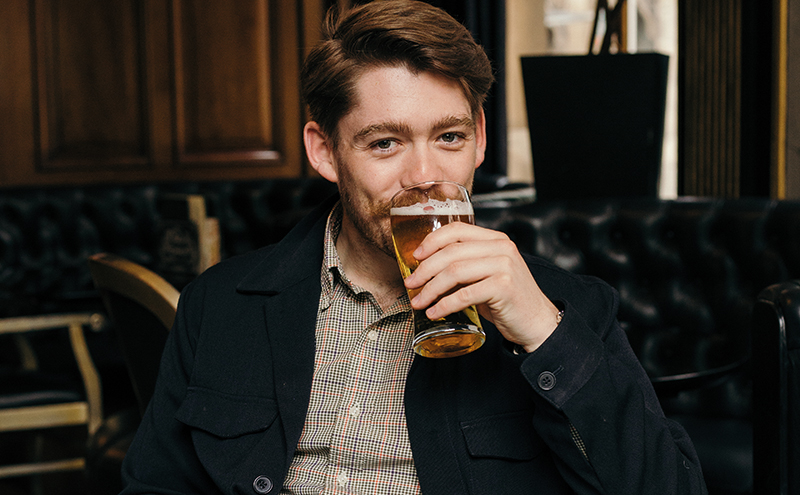 IN April 2017 Tales of the Cocktail, the hospitality industry’s biggest cocktail event, set sail from New Orleans, USA, and dropped anchor in none other than our very own Scotland.

Every year the festival organises a Tales on Tour event, visiting cities around the world. These have included Buenos Aires, Vancouver and Mexico City.

As a host city Edinburgh lived through an interesting time for Tales of the Cocktail. Between the two annual gatherings in Edinburgh several changes occurred at the helm of the organisation as a result of one of the most prolific shake-ups to ever hit the cocktail community.

The organisation had been run for the best part of a decade by Ann and Paul Tunnerman, a New Orleans power couple who spearheaded the way for bartenders, brands and anyone involved in cocktails to meet up every year, make friends, learn, imbibe together, build businesses and compete to take home titles at the annual Spirited Awards.

Now, all good things must come to an end; and in the case of the Tunnermans it was an unfortunate fall from grace clouded by mishandling and mistakes.

Like the rest of the world, Edinburgh waited in tense anticipation.

A mere four months before Tales on Tour was due to return, when we’d accepted that it was unlikely to do so, it was bought by a consortium comprising local business magnate Gary Solomon Jr; New Orleans bar owner, friend of Tales and industry legend Neal Bodenheimer; and native non-profit aficionado Caroline Nabors Rosen.

The trio pledged $250,000 in their first year in charge to aid educational programmes around the world.

This new non-profit organisation emerged from the ashes with a bang and in four months planned, organised and successfully executed Tales on Tour 2018 in Edinburgh.

The community spirit was well and truly resurrected, and the event a huge success with local bars and bartenders being thrust back into the spotlight.

Now that Tales has left town for the last time and we’ve witnessed how forward thinking the organisation is at its annual New Orleans gathering in July, it’s important for the Scottish bar community to capitalise on this exposure and recognition and not allow the momentum to slow down.

As Tales focuses on its next destination we must work harder than ever to remain a force to be reckoned with on the global scene.

With more and more bartenders and bar owners looking towards the future, it’s essential to remember the core values that once thrust us to the forefront of the hospitality world, beckoning the exciting question: what will Scotland do next?