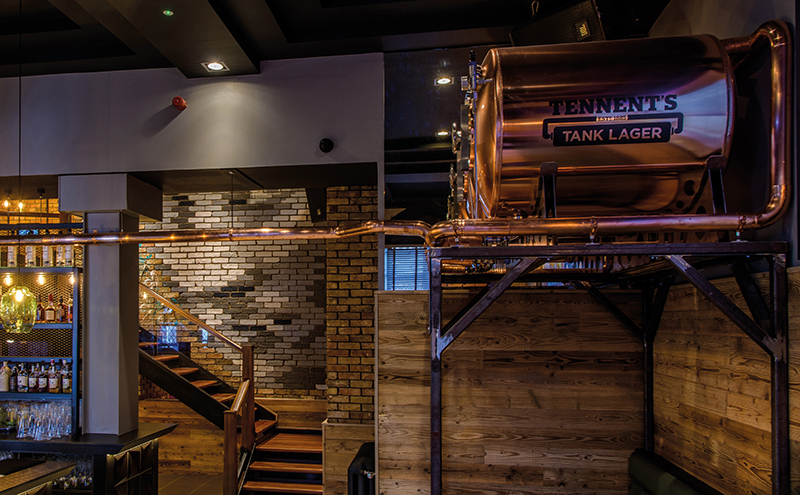 TANKS rolled into Aberdeen last month as the College bar became the first venue in the city – and only the third in the UK – to stock Tennent’s tank lager.

Introduced as part of the root and branch refurbishment of the Alford Place venue, three 500-litre copper tanks hold the unpasteurised beer, which is delivered fresh from the brewery. Tennent’s said it means every pint is served in its “absolute purest form”.

“This is the spirit in which the new College bar has been developed, and why we are the first to bring Tennent’s tank lager to the city,” he said.