America’s bourbon has a rich history but humble origins 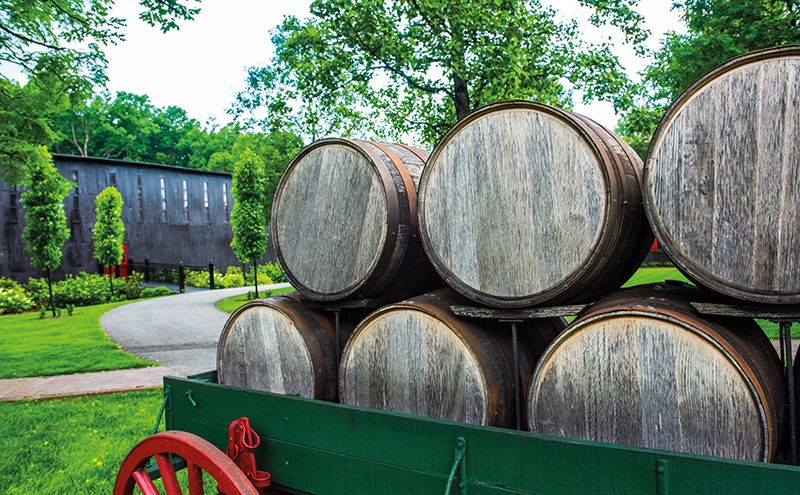 The 1964 proclamation enshrined the spirit to Uncle Sam much in the same way that Scotch is identifiable to Scotland.

And while waiting such a length of time for the acknowledgement seems excessive for a distillate with more than 200 years of history, more acclaim was to be heaped on the spirit generations later.

In 2007, the US Congress passed a resolution, sponsored by Kentucky senator Jim Bunning, which celebrated the spirit with a National Bourbon Heritage Month.

Most significantly perhaps, that resolution, passed 11 years ago, consecrated bourbon as “America’s Native Spirit”; and while the drink’s credentials as an all-American product may be substantial, the first bourbons may well have been made by Scots.

Synonymous with the state of Kentucky, where an estimated 95% of bourbon is produced, distilling is thought by some to have been introduced to the Bluegrass state by Scottish settlers in the late 18th century.

Over time, the production methods for the spirit changed and a concerted effort was made to give the drink a sweeter taste to appeal to the tastes of the American South and the bustling city of New Orleans in the second half of the 19th century, as a more affordable alternative to Cognac, which had to be imported from France.

And while import tariffs of 25% on classically American products such as bourbon, jeans and motorcycles, introduced last month, may cause a degree of discomfort in the bourbon-producing towns and cities across Kentucky, European action will not be comparable to the devastation inflicted on the industry by American politicians almost 100 years ago.

In 1919, when the Eighteenth Amendment was ratified and Prohibition took hold of America, a swathe of distilleries had to shut their doors, with only a few that had a permit to produce medicinal whiskey able to remain open.

Prohibition crippled the bourbon industry until times got tough and the Great Depression of 1929 meant state governments desperately needed the revenues generated from taxes on alcohol and repealed the law in 1933, perhaps a cautionary tale for any legislature that ever wishes to ban alcohol outright again.

It’s thought alcohol consumption across America did not exceed pre-Prohibition levels until the 1960s and that trend was reflected in the bourbon category too, but a drop-off in demand saw bourbon’s production dip in the 1970s and ’80s.

More recently, the spirit has enjoyed a meteoric rise worldwide. Almost bizarre in its nature, it can be identified as having kicked off at the end of the last decade in the midst of a global financial crisis.

And we may well be living in the spirit’s halcyon days as demand doesn’t seem to be dipping again anytime soon, with production increasing by 250% since 1999, according to the Kentucky Distillers Association.

More than one million barrels have been filled each year for the last five years.

Bourbon is now an $8.5 billion industry in Kentucky, generating over 17,000 jobs. Exports exceeded $1 billion for the first time in 2014, with the UK’s thirst for bourbon evident as it was revealed to be the second biggest export market for the spirit after Canada.

Mirroring other categories, bourbon has benefitted from premiumisation, with some high-end brands enjoying over 100% growth.

With relentless growth and a stream of new expressions from big and small distillers released and even some shortages reported, there’s almost never enough bourbon now.

Mix it up with an American spirit