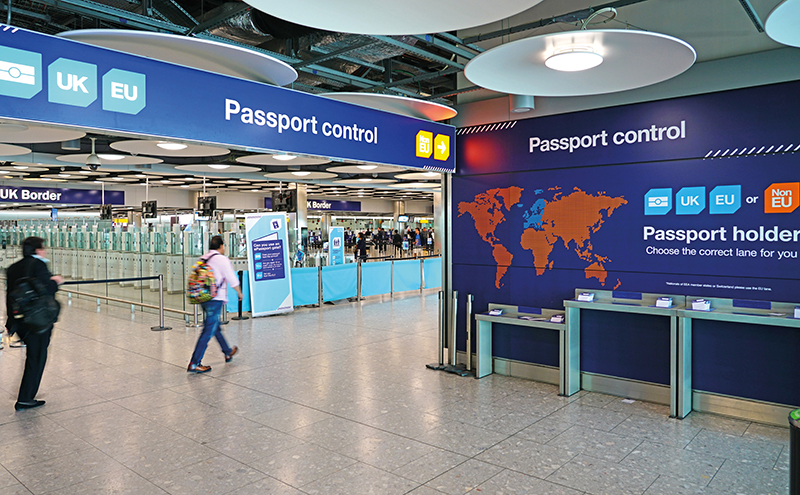 FAMED Scottish thinker Adam Smith opined that the ‘invisible hand’ of the individual could guide and benefit society for the better; a shorthand for less government interference.

Over two centuries later, one of the central figures of the Scottish Enlightenment’s thoughts seems to have been forgotten as more legislation looks, to some, as the answer for society’s ills.

And in Scotland, licensing law has certainly not been invisible to politicians in recent years as a raft of changes have been made – and there is more to come.

As reported in the last issue of SLTN (June 7), incoming changes to Scottish licensing law, will incorporate aspects of the UK government’s Immigration Act 2016, which is likely to cause complications for licence applications – as the Home Office will have to be notified of every one.

Archie MacIver of legal firm Brunton Miller said the immigration changes are an “extremely serious development which places a huge burden on employers to ensure their workers are entitled to work in the UK”.

This will almost certainly lead to further delays in the processing of applications.

“It also places a ridiculous additional burden on already over-stretched clerks and their staff as many applications will now have to be referred to the Home Office for comment,” added MacIver.

“In my view this will almost certainly lead to further delays in the processing of applications and that cannot be good for anyone.”

With financial penalties and licences at risk for those who fall foul of the new rules, Jack Cummins of Hill Brown Licensing said licensees cannot afford to take chances.

He said: “I’ve heard reports that some members of the trade are taking a cavalier approach to the right to work requirement.

“They do so at their peril, both in terms of the huge penalties for non-compliance and the consequences for their licence.

“Any operators unsure of how to keep on the right side of the law should take early specialist advice.”

Similarly, Audrey Ferrie, legal director for Pinsent Masons, warned operators must be ready for when the new rules come into force, saying they should “carry out internal audits to establish which staff members will need to register after Brexit and to check that employers have the right documents”.

“It’s important to see original documents and to note any restrictions,” she said.

“Neither the Home Office nor boards will do any of this for you, so you need to get your house in order.”

Carry out internal audits to establish which staff members will need to register after Brexit.

The Immigration Act isn’t the only change. Boards across Scotland are in the midst of drafting new licensing policy statements and overprovision, the issue of whether or not there are too many licensed premises within an area, continues to loom large in the trade.

Cummins of Hill Brown Licensing said he is satisfied with the direction of travel for one board with regards to overprovision.

He said: “It’s encouraging to see that the Aberdeen board has felt that crime and ‘health’ statistics don’t cut it when it comes to considering an off-sales overprovision policy.”

“The message that ‘correlation is not causation’ seems to be getting across.”

With the first ‘batch’ of personal licences due to expire on August 31, 2019 and uncertainty around training requirements continuing, John Grant of law firm Wright, Johnston & Mackenzie, criticised the Scottish Government for taking its time over the process and said he hopes a ‘training meltdown’ similar to that of 2014 can be avoided.

“The industry has made a number of representations to the government about the issues that this causes with their inability to plan but the message doesn’t seem to have got across,” he said.