Customers are going daft for craft and draught, say producers 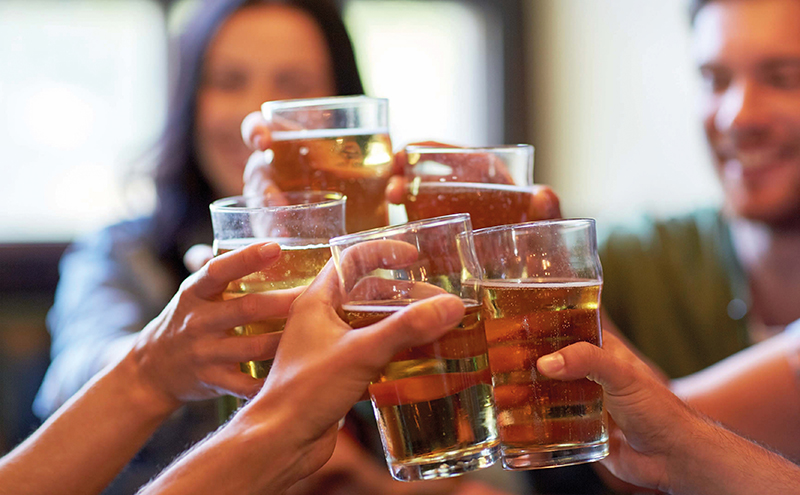 CIDER is intrinsically linked to summer; and as the season gets underway – with a few sunny days already in the can – thoughts will be turning to the best ways for operators to capitalise on the category.

It’s an important consideration, according to cider producers, who told SLTN that the sector is in growth.

Amy Burns, marketing manager at Distell, which counts South African cider brand Savanna within its portfolio, said cider has been “one of the strongest performing drinks categories in the UK on-trade over the past year”; quoting CGA Strategy data, Burns said the sector is now worth £1.86 billion.

She added that the “drivers of on-trade growth” are fruit cider, draught cider and craft cider”.

“Consumers are always looking to experiment and discover new products, with the line between different categories (eg. beer and cider) becoming increasingly blurred, as can be shown in the increased popularity of craft cider,” said Burns.

Similarly, Rob Salvesen of Kopparberg has also noted a growing interest in the provenance of cider.

He said: “Consumers are increasingly becoming more discerning about the products that they are purchasing – they want to know and understand not only where their products are from, but what makes them unique.”

Echoing this view, Germain Bergeron, co-founder of Bulwark Cider – a Canadian cider which was recently launched into the Scottish on-trade – said craft beer has aided the growth of the craft cider sector.

He said: “Craft beer has done us many favours as the education in the beer sector has educated so many consumers and the bar trade about what ‘craft’ actually means.

“A strong, authentic provenance can then easily be described but doesn’t have to be explained.”

Consumers are always looking to experiment and discover new products.

The format in which cider is served is also said to be changing.

Demand for draught cider is predicted to grow this year, according to Rob Sandall of Thatchers Cider, who said it therefore makes sense for operators to make as much room on the taps as possible – especially during summer.

“We’re expecting draught cider to continue its extensive popularity this year,” he said.

“Demand for cider goes up during the summer months as the warmer weather arrives – and by making this simple adjustment to link the bag in box into the cask ale line, you’re continuing to earn money on that line.”

Another important consideration is fruit cider, according to Salvesen of Kopparberg, who said it “continues to be the hero of the cider category”, with 2.4% growth in value sales compared to 2017.

“Fruit cider’s growth can be attributed to the fact that it continues to recruit younger consumers looking for a more refreshing, tasty product in place of blander and less exciting propositions which have dominated drinking occasions over the last 20 years,” said Salvesen.

This was echoed by Cumbes of Celtic Marches, who said licensees “can expect an increased demand for fruit ciders throughout the year”.

Operators should also consider food pairing as a way of boosting cider sales, according to Burns of Distell.

She said: “Cider is not traditionally seen as an accompaniment to food, but with its crisp, clean finish it’s actually very complementary; it doesn’t overpower and is often less gassy than beer – and less acidic than wine – making it an optimum choice for foodies.

“Make the most of food and drink pairings by creating a colourful menu board showing key dishes paired with ciders which would complement the flavours found in the food.”