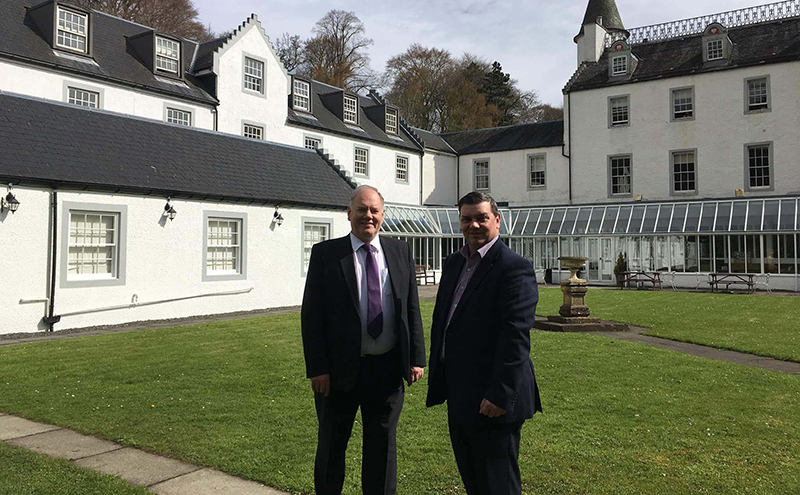 A BORDERS hotel is striking out on its own after ending a franchise agreement with global hotels brand Mercure.

Barony Castle in Eddleston, near Peebles, was bought by business partners Richard Spanner, Scott Weatherby (both pictured), Vytautas Syvys and his father, Raimundas, in 2012.

Since then the team has invested £1.4 million upgrading the facilities at the 16th century building.

Further projects, including the construction of two 26-bed luxury lodges and the renovation of a former Scottish Ambulance Service block into staff accommodation, will begin in July and should be complete by January 2019.

The owners are also working with Business Gateway Scottish Borders to reduce the hotel’s carbon footprint, and aim to raise finance for a ground source heat pump and solar panels.