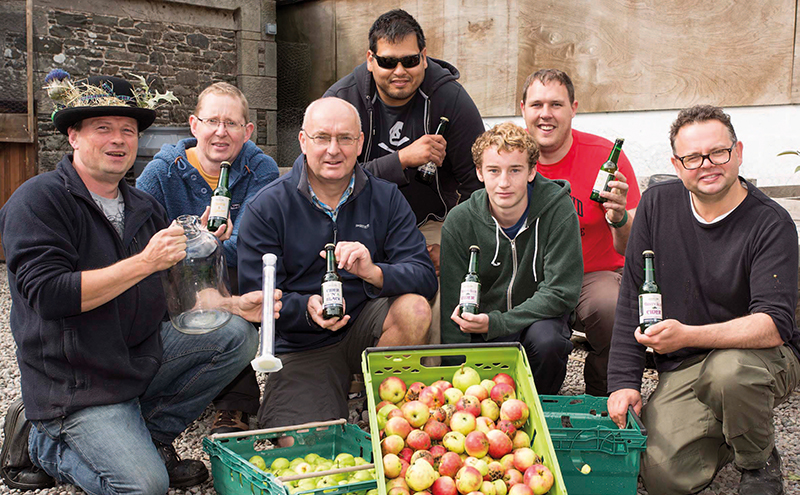 Why should licensees stock your cider?

We produce real craft cider made from 100% pressed juice and not concentrate. No commercial yeast is used in production and it is allowed to ferment over many months. From the start of Waulkmill we have focused on using local apples rather than shipping English apples up to press. Our goal was to create a Scottish craft cider and a sustainable and environmentally sound business, and that can only be done by working with local fruit. So we now use around 24 Scottish heritage apple varieties and those varieties give our cider a flavour that is distinctly Scottish.

Where can licensees buy your ciders?

90% of our product is sold south of the border using wholesalers to distribute. Licensees should contact us direct to arrange ordering and distribution.

Scotland has comparatively few cider makers. Do you expect to see more cropping up?

Craft cider in Scotland struggles compared to the south of England.  Scotland is not a natural production area for real cider and the general public in Scotland tend to lean towards the national brands. In recent years there have been new craft cider makers emerging within Scotland, which is encouraging, and I would hope that will continue.

What are the main advantages and disadvantages of producing cider in Scotland?

Obtaining enough real fruit will always be an issue in Scotland as there are very few large orchards left. Over the years I’ve worked with a number of landowners and estates to safeguard their orchards in order to maintain and protect the fruit production from these valuable natural resources, and I’ve also worked with people who are planting new orchards. If we’re serious about craft cider in Scotland, and we should be, particularly with the climate changing, then we need to plant more orchards and grow more fruit in Scotland.

How is demand for cider in Scotland’s bars and pubs in 2018?

Why should licensees stock your cider?

Thistly Cross Cider is dedicated to good quality ingredients, natural fruit, a variety of slow fermentations and extended periods of maturation. This allows us to achieve a full range of traditional and real fruit ciders.

Where can licensees buy your ciders?

We firmly believe that a large part of our mission is to ensure that if an account in Scotland would like our cider, it’s a large part of our job to find a route to market. On this basis, Thistly Cross Cider is carried by all major Scottish wholesalers, nationally and regionally.

Demand would support other cider makers and a couple of brands have emerged over the last couple of years.

What are the main advantages and disadvantages of producing cider in Scotland?

The tradition of cider making in Scotland is a broken tradition, so this has afforded Thistly Cross the opportunity to act as a craft conduit, innovating new techniques and preserving traditional methods as we continue to explore the world of cider.

How is demand for cider in Scotland’s bars and pubs in 2018?

Over the last couple of years, our sales have continued to grow in the region of 25%.

More of our volume is delivered in keg as the demand for a premium draught alternative on the bar is more and more prevalent.

What do you expect to be the big trends in cider in Scotland’s bars and pubs in the coming years?

An emphasis placed on innovation, nature and new formats. 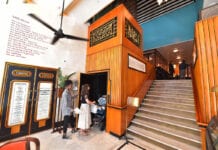